I had (slightly) better luck when I saw him again earlier this year at Union Hall, in Brooklyn. He still confined himself to four red stage lights, but I was closer to him, which made it easier to work with the low light. The shot below, a variation on the “tuning my guitar” pose, is my favorite from the evening. It is, again, a moment of stillness amid a flurry of activity. And there’s the totally incongruous picture of the colonial lady above his head, as if he’s in someone’s very fancy … Continue reading

The scene: You’re home alone doing some menial chore. It’s boring and takes a long time, but it has to be done. To make the experience a little less of a trial, you put on some music, something up-tempo. Something light. Maybe even something a little mindless. Before you know it, as your cleaning out the cat box or washing the dishes, you’re doing a little boogie and singing along at the top of your lungs.

The sound of snickering behind you stops you dead, and you know your partner/roommate/child will now never let you live down the fact that you were just jamming along to Counting Crows/Lady Gaga/the original cast recording of Cats. You’ve been caught indulging in a guilty pleasure. It seems everyone has at least one, even those who say they don’t (yes, okay, I do actively blush when I listen to Billy Squier). But why feel guilty? We can’t help the fact that certain sounds just move us. So let’s cleanse our guilt through confession.

My first confession is a complex one. Regular readers know by now that I feel … Continue reading

I’ve got nothing today, kiddoes. The tank is empty. But it will be refilled shortly, and I’ll have a Carolina Chocolate Drops show review for you and a post about the Famous. For now, have some A.A. Bondy covering Hank, Sr. This is a beauty.

For those who might be venturing to Austin in March, here are a few links to SXSW showcases to check … Continue reading

This is the first installment of what may become a regular feature focusing on covers or different takes on a single song.

One of the much bandied about cliches of modern music is that the devil gets all the good music. But anyone who has delved into the different forms of sacred music knows that that is a very arguable statement. (There is some damn fine gospel music out there, and the gospel influence can be heard in some of today’s more exciting bands, like The Builders and the Butchers.)

I would posit the theory that the best music is performed by those whose ultimate fate (if one is given to beliefs of the spiritual) remains in question. Take the blues classic “John the Revelator” as an example. The first noted recording of the song was recorded by Blind Willie Johnson in 1930. While he played in the blues style and has been covered by artists such as Led Zeppelin, the White Stripes and Nick Cave and the Bad Seeds, all of Johnson’s lyrical content centered on the sacred, and he was known to preach to anyone who might listen. 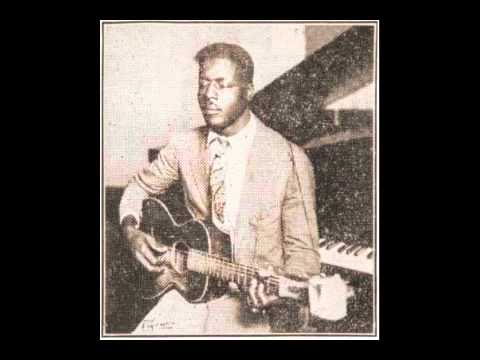 Under a snow cloud that seemed to concentrate solely over Ann Arbor (and seemed to want my car as a sacrifice), in a hole in the wall bar-cum-club, a rabble of music lovers who seemed to span every age range from 18 to 40 and possibly beyond gathered around a small stage to hear what Willy Mason and A.A. Bondy had to offer.

Thinking of Willy Mason, the word that comes to mind is solid. His songwriting is solid, his guitar-playing is solid and his voice is solid. But the previous two times I had seen him play, he seemed to lack an indefinable something. Oomph, chutzpah or some other slightly onomatopoeiaic word. This time, he seems to have found the road to that indefinable something. While Mason is still more than a little quiet in between songs, the songs themselves popped with a vibrancy that had been missing before. “Pickup Truck”, “If It’s the End”, “Where the Humans Eat” and “Hard Hand to Hold” all sparkled and received deserved appreciation from the audience.

There was a sweet moment as Mason waited for some friends to come help him out on stage. He said, “We need some filler.” To which … Continue reading