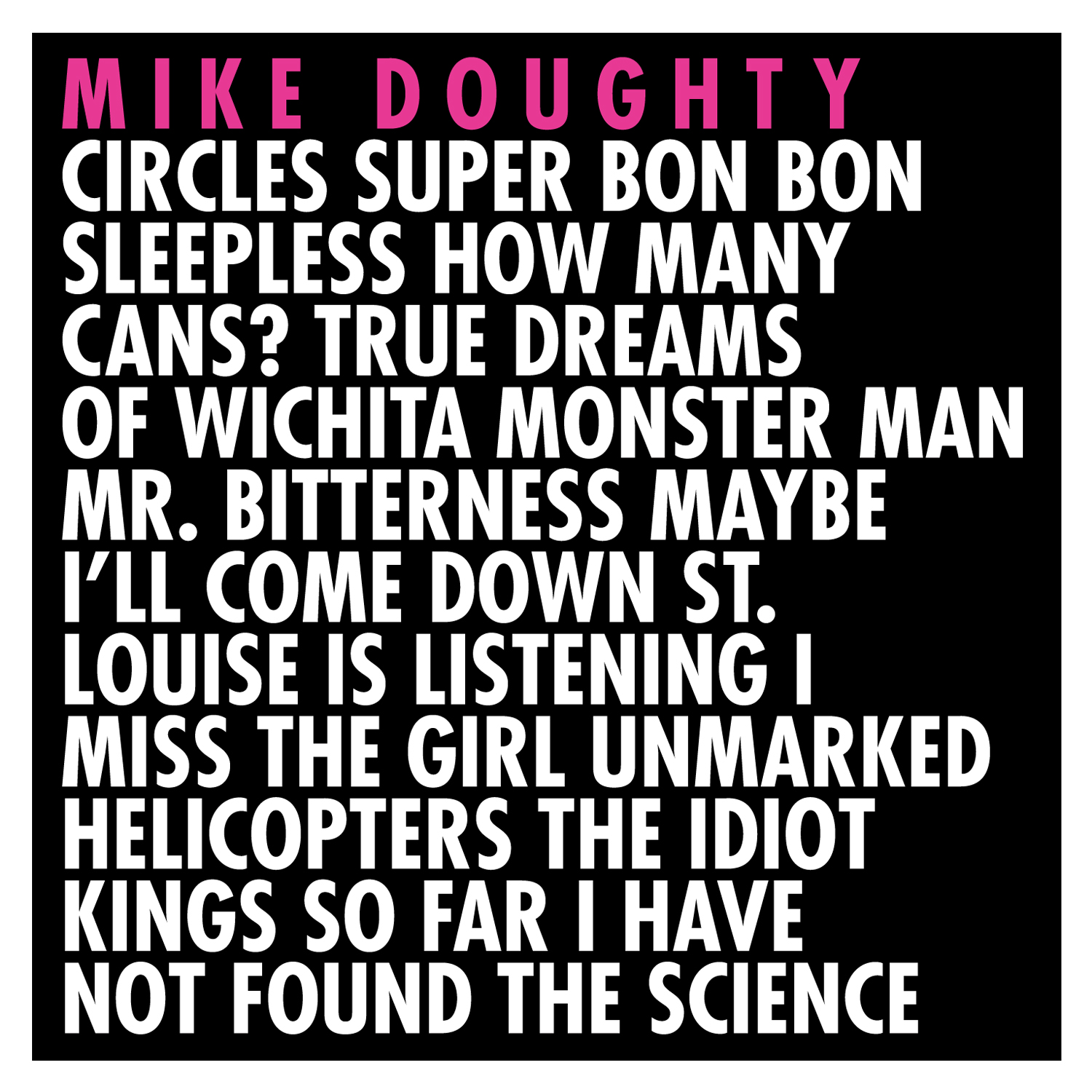 Last year, Mike Doughty of Soul Coughing published a memoir called The Book Of Drugs, because he took a lot of them, and had a lot of drug stories, many of which he told in the book. He also told a lot of stories about screwing and being screwed in both the biblical and music industry sense. I think I read it in one sitting, wincing and laughing by turns. Favorite revelation: He was the author of the New York Press’s Dirty Sanchez column, which I used to read every week.

And then, of course, he had to go on a book tour, and read his stories out loud. That, in turn, led to him first revisiting the songs at the center of the narrative – the work he did with Soul Coughing – and then, eventually, to him completely reworking and re-imagining some of the tunes.

He has just released the product of that work as a record entitled Circles Super Bon Bon Sleepless How Many Cans? True Dreams of Wichita Monster Man Mr. Bitterness Maybe I’ll Come Down St. Louise Is Listening I Miss the Girl Unmarked Helicopters The Idiot Kings So Far I … Continue reading