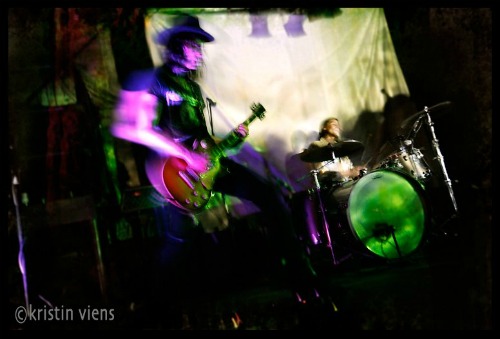 The Dead Exs bring a multitude of influences to their music from Albert King to ZZ Top. Every song seems to have a bluesy familiarity to it, but is original in its writing, delivery and style; it’s just good ole Rock n Blues and I love it. Their live performance is like being invited into their home for a night of hanging around with friends.

They started the show with “Whole Lot of Nothing” with DP alone on the stage with his axe, working slow and steady building up to a powerful crescendo that brought everyone to full attention and the ladies out onto the dance floor. Then BAM! Out of nowhere Wylie crept into his seat to join in with a thunderous beat. 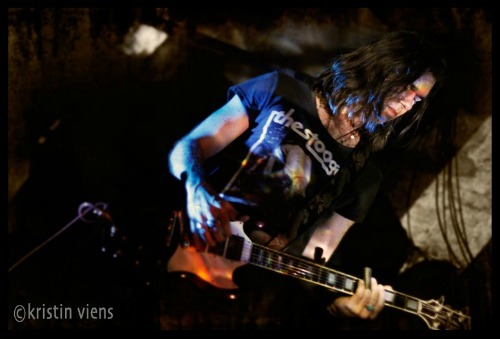 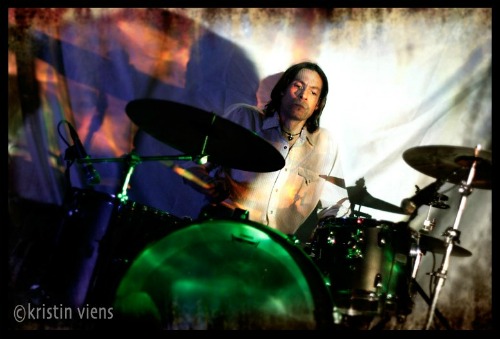 They played “All Over You”, “La Grange/Come Down Easy” and “Gone” with Mark Grandfield on harp. At the end of “Come Down Easy” they released the Kracken in an electric, sonic-guitar-harp- blob of fuzzion that nearly blew the roof off the place. 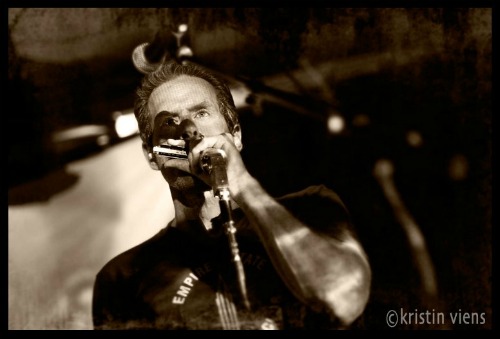 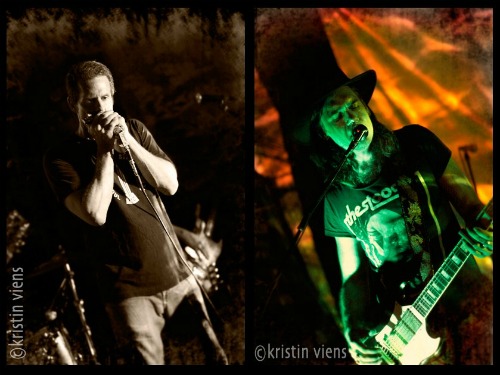 They were joined by Shane Bozza on vocals and Jimmy Caps on bass from The Dirty Glamor for three Rock scorchers: “No Way To Go But Up”, “Shut Up and Love Me” and “Till It’s Gone” – delighting the crowd even more. When Shane sang “Shut Up and Love Me” I found myself nodding my head yes, yes, yes! …and I lost my heart for the umpteenth time that night. 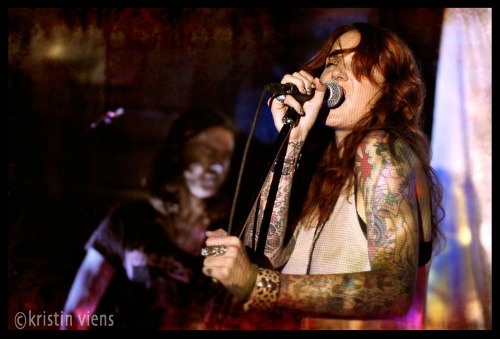 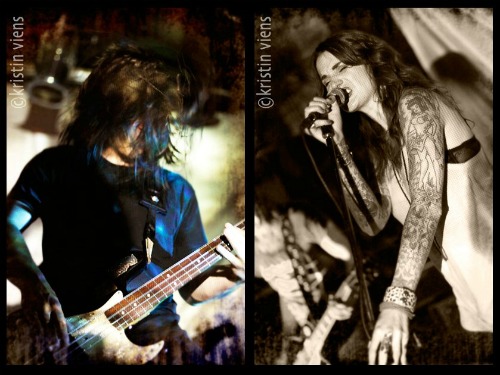 At times DP seemed to transform into Ganesh playing four guitars at once, wrenching more from the instrument than seems humanly possible. He snarls, growls, wails, and screams his way through every song in a way that can provoke the savage soul in any human. 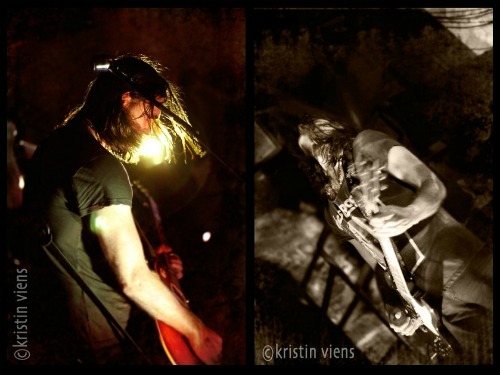 Like a ghost blending into the background with the kaleidoscope images projecting on his spirit, Wylie sat at his kit and was a powerhouse of drum beats. He is a solid drummer with an effortless style, laying down hypnotic drumbeats, and then suddenly he’ll crash those skins like Jacob Marley shaking his chains in the middle of the night, shooting you out of your skin. 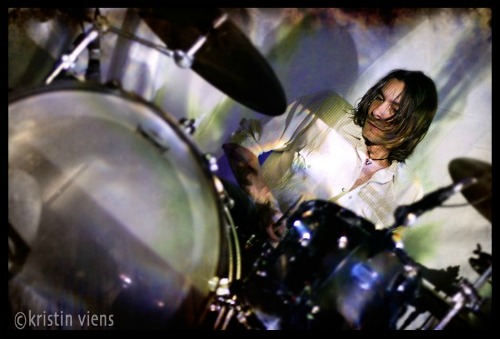 The Dead Exs show, that yes you can still play the Blues today and still be new and exciting. There are no rules; their sound is modern yet classic, ruff and primal. They are a Rock N’ Roll band that seem to take ques from all facets of music from Blues, to Soul, to Jazz, and tie it together in a dirty, nasty, raw mass of sonic nuts and bolts meant for only one thing: to knock you off your feet.

The Dead Exs – Resurrection can be purchased from iTunes or here.

The Dead Exs on Reverbnation

Also on the bill were Only Living Boy, The Fieros and Golden Animals from the Bang Bang Boogaloo NY Rock and Roll Compilation 1, which you can download for free here, which I highly recommend you do.