Whitey Morgan & the 78s in Cleveland 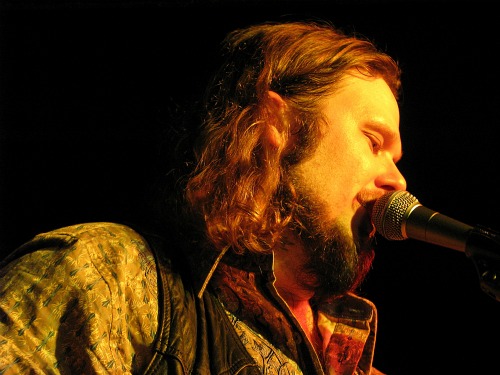 I don’t usually like to use PR blurbs, but I couldn’t get it better than Bloodshot’s PR already has it on Whitey Morgan.

Outlaw’s always been the rough-around-the-edges, tuff guy uncle at the country music family picnic. Denim and leather, not Stetson and Nudie. Hair by Pennzoil, not Pomade. But, in the right hands—Haggard, Paycheck, Junior, Willie and Waylon and now Whitey Morgan—Outlaw is more than beards and bandanas, ink and attitude, it’s goddamn folk music. It’s about doing the best you can, about getting by and about cold beer and colder women—everything that keeps the honky tonks full on a Saturday night. It’s about standing up when it’d just be easier to fall down.

Coming from Flint MI, the always forgotten civic little brother to Motown but no less a hard town with empty factories and emptier prospects, loaded Whitey Morgan & the 78’s with that survivors’ f.u. mentality. The self-titled debut Bloodshot album was recorded at Levon Helm’s studio in Woodstock NY, and while their antecedents are pretty clear, Whitey and the boys play with a muscular attack and energy that makes us think they HAD to learn to play it that way to be heard over the din of the stamping plant and its ghosts.

Here’s a taste of what Whitey does.

You can see Whitey Morgan & the 78s at the Beachland Tavern tonight for a 10-spot. Doors at 8, show at 9. Jason Patrick Meyers, Robbie Jay Band and Guggy’s Rock-n-Roll Party 101 open.