The Mad Caps: Goin’ Down 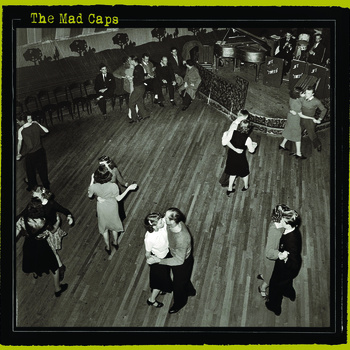 Sometimes I wish the internet had never been invented.1 If not for a certain internet search engine (and my insistence on checking it for verification), I could have been blissful in my ignorance, believing I had coined the term garage-a-billy to describe the sound of the Mad Caps. But no, the internet brought me swiftly to task for my ego folly.

But the internet also brought me the Mad Caps in the first place (thanks to a tip from a Twitter friend), so I can’t stay mad.

The Mad Caps are a two-man outfit from Las Vegas, Nevada – Ted Rader on guitar and vocals, Jon Real on drums – who churn out some rockabilly-esque twang with volume, distortion, dirt and swagger. Check out what I mean on “Rosie and the Wolfman”.

Rader’s hiccuping delivery on “Kitty Kitty” is like the spawn of a love union between Buddy Holly and Lux Interior.

And they get into a sexy groove that ends too soon on the short instrumental “Interkitchen”.

If you like it as dirty as a pair of sorority girl’s panties drug through a back alley, get over to Bandcamp and get the Mad Caps’ self-titled release now.

1This is patently false; my love for the internet is deep and carnal.