A mix-tape, whatever its intended purpose, is also always a time capsule. A record of a person, a place, a set of feelings, a time that felt like forever, and then wasn’t.

Last week I opened a box and a little piece of the ’90s fell out: the first driving mix-tape I ever made. There’s no date on it, but I’m pretty sure it’s from the spring of 1992, since that is approximately when I would have gotten my license. Fun trivia fact: I learned to drive on the Beltway. In a Chevette.

Anyway it is a hilarious cultural trainwreck and I kind of love it, not least because a mix that starts with Dwight Yoakam, dips heavily into, among other things, Rocky Horror Picture Show, Tom Petty and the Heartbreakers, and Elvis Costello in the middle, and ends with Ashokan Farewell probably does still sum me up as a person reasonably well.

Also, I have a terrible pop music problem and every time I listen to Five Seconds of Summer’s She Looks So Perfect I start laughing when they get to I got a mix tape straight out of ’94 because, dudes, I was there, I remember, and … Continue reading 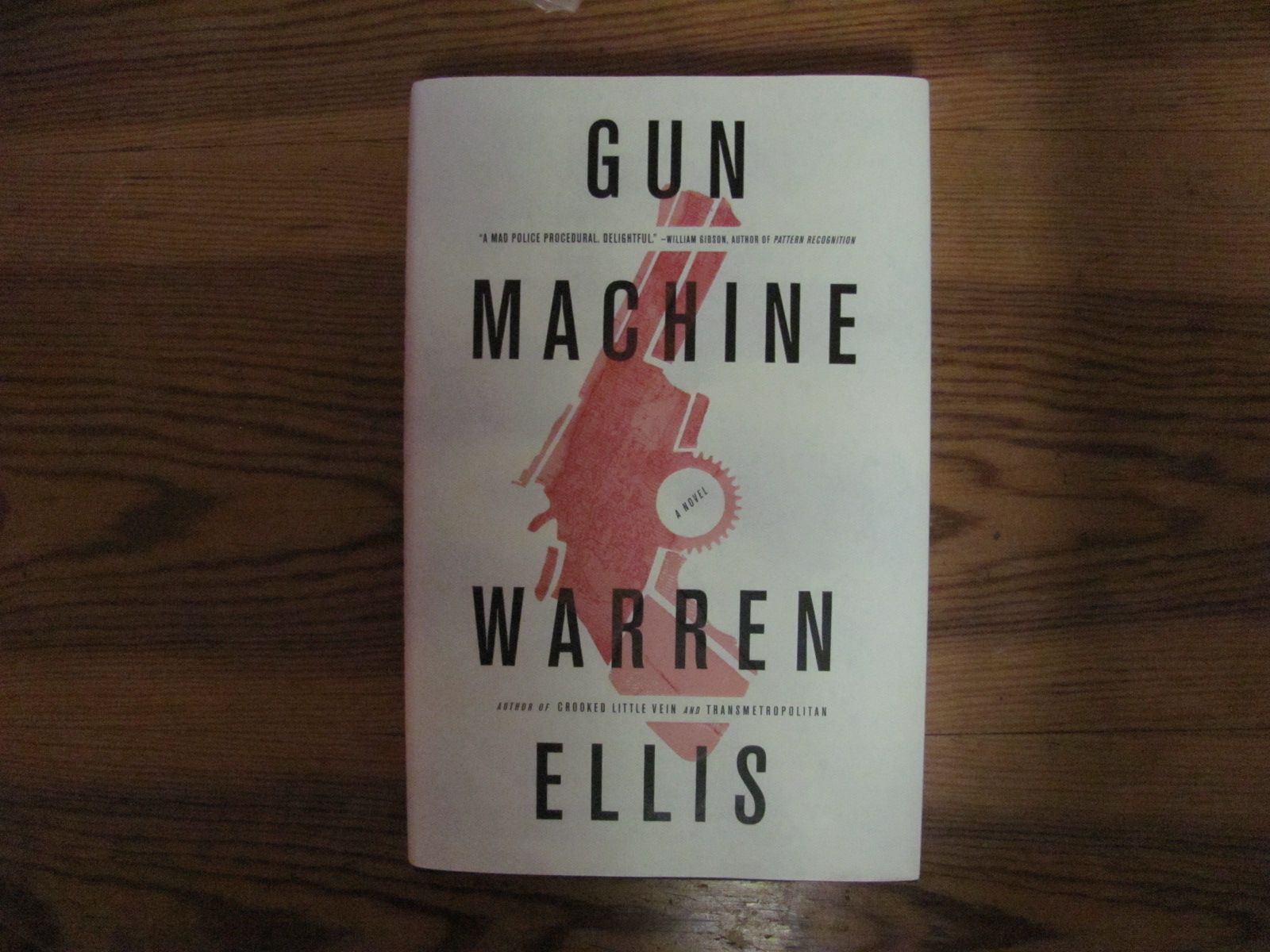 Fan mixes: collections of music created as both soundtrack and illustration for other works, usually works of fiction, intended as both appreciation of and enticement to read the work of fiction.

This one is for Gun Machine by Warren Ellis, who is author of, among other things, Transmetropolitan and Crooked Little Vein, and is NOT the dude who plays music with Nick Cave.

Gun Machine is a murder mystery set in New York. But not the New York you usually see on cop shows; the Financial District, which is older and darker. Down there you’re off the grid. The streets are narrow and twisty and reality can be very thin. Depending on how the wind is blowing off the water, it does feel like you could walk around a corner today and stumble into the 17th century, 1926 could be tomorrow and 2018 was last week.

“Off the grid” would actually sum up the book as a whole. It is also bloody, startling, deeply lonely, occasionally bitingly funny, like watching my own city from the wrong end of a telescope, a complex puzzle, and very, very good. If you pick it up, be sure to both read and … Continue reading