The more accurate title of this post would be 2016: The Year I Waited Nine Months to Post My SXSW Pictures, since that is where 99% of these shots are from. The remaining 1% are from New Year’s Eve 2015, taken too late to be included in last year’s round-up.

So, yeah, anyway, here they are, better super late than not at all, I guess?

Here’s the one from NYE: 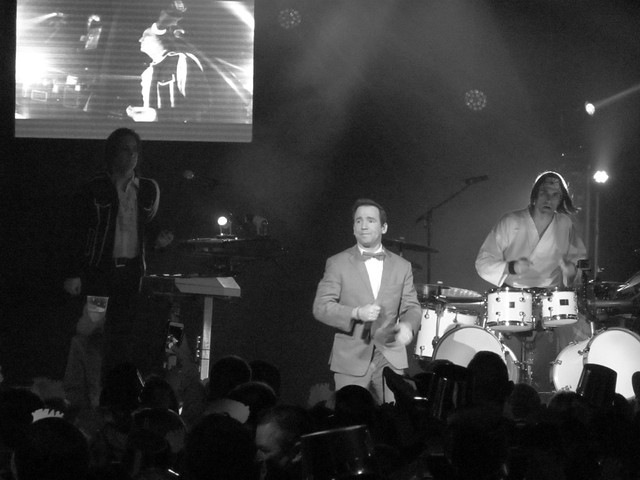 SXSW was, by turns, glorious and exhausting. There is so much music, and so little time, and so many people. I was pleased to be there – to have been invited to be there, given the honor of a place on a panel, because honestly, otherwise, I would not have gone – but I did not really feel like I was among my people until the third day, when I walked into a grimy punk bar far from the main (festival) drag. At that point I was also so tired and people’d out I was about ready to just lie down on the (disgusting) floor and let the sea of noise wash over me.

Here are the pictures I took: 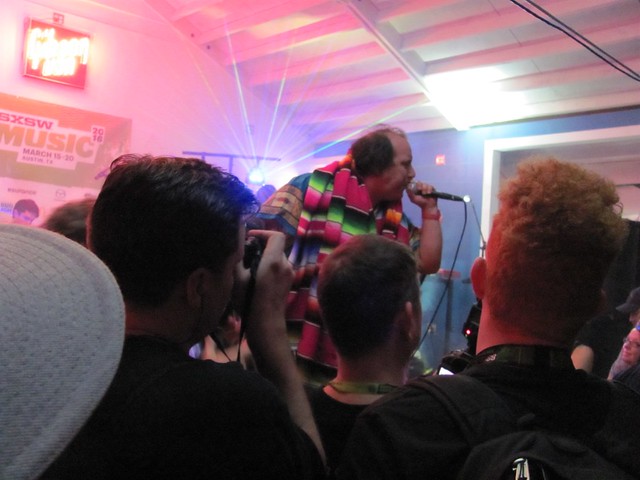 HarMar Superstar, who did one song before stomping off in the huff. 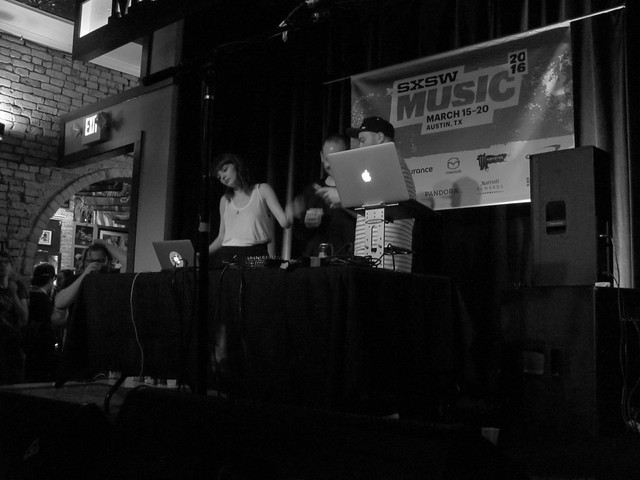 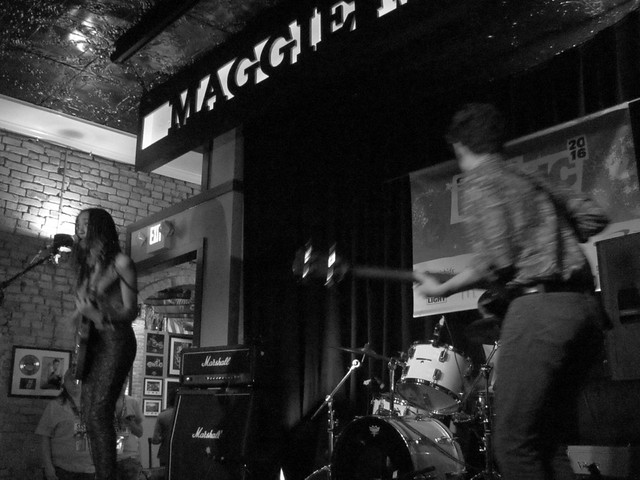 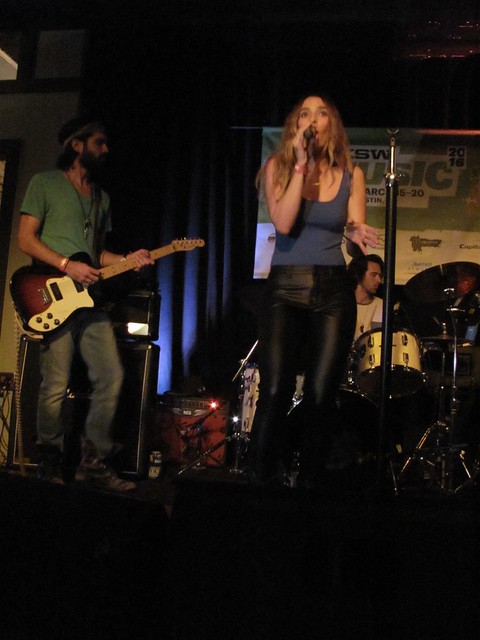 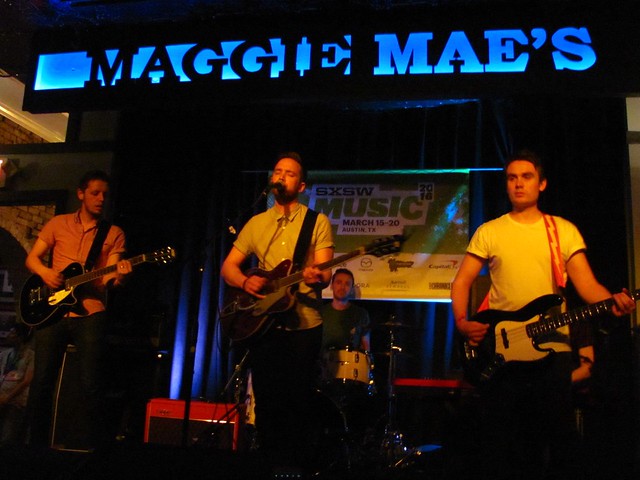 David C. Clements, the man I drove two days to see. “Blowing the roof off” is a cliche, but he really did – his set was electric and incredible; the crowd was buzzing with interest afterwards. 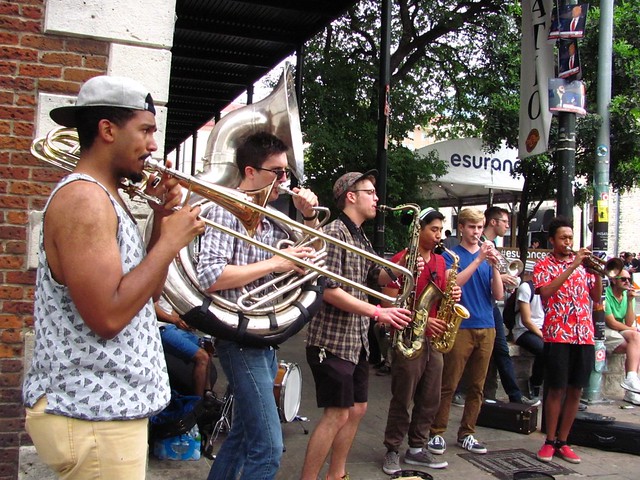 Interrobang (?!), busking with a full horn section, including a tuba. 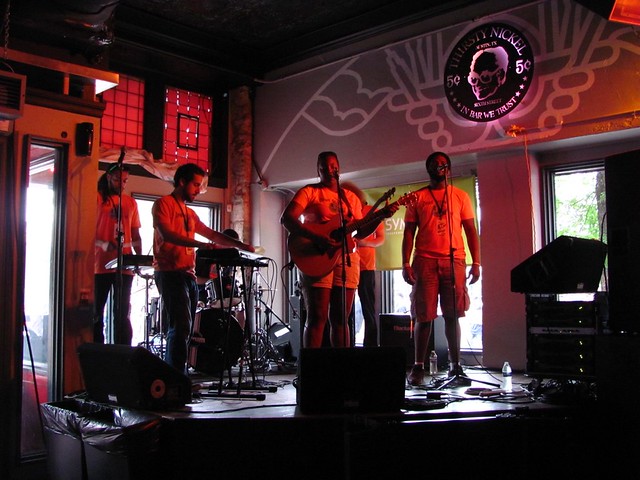 Danie Ocean and the Soul Tide. 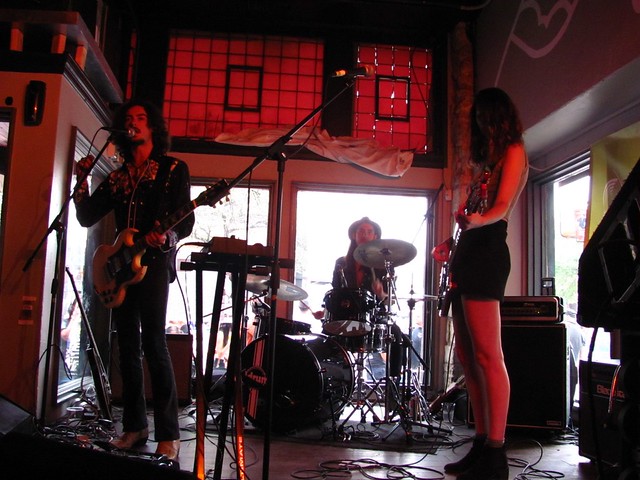 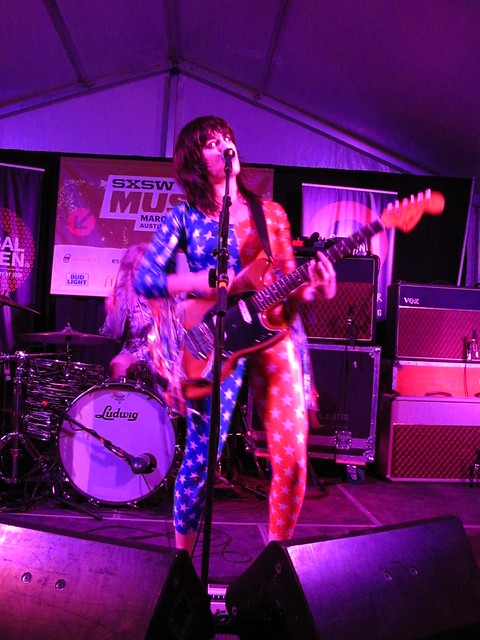 Deap Valley; I wasn’t feeling them at first, but they won me over. 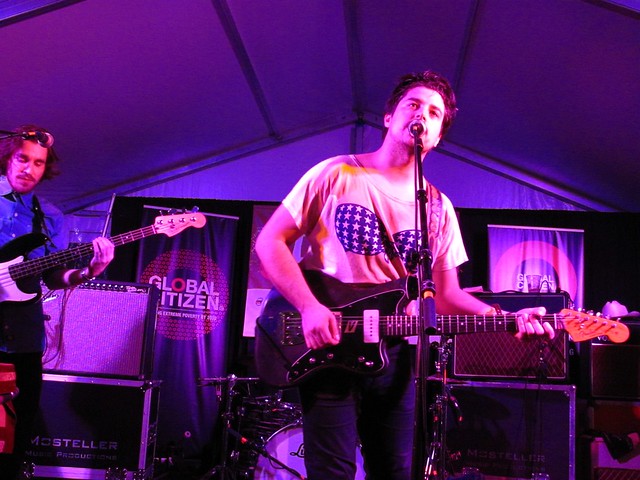 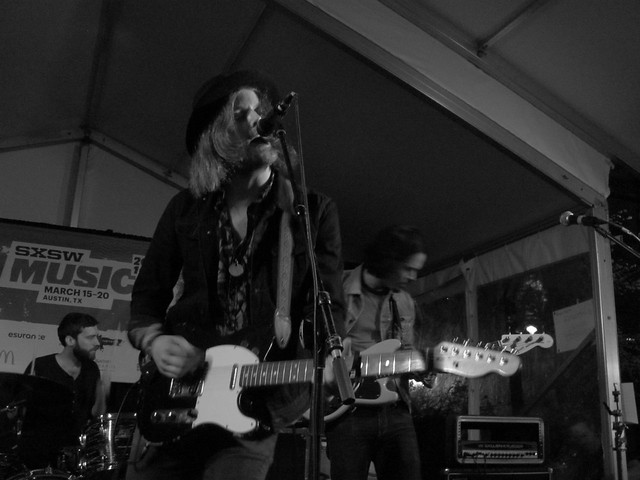 Alberta Cross, who rocked so hard the lighting rig fell down. Thankfully nobody was injured. 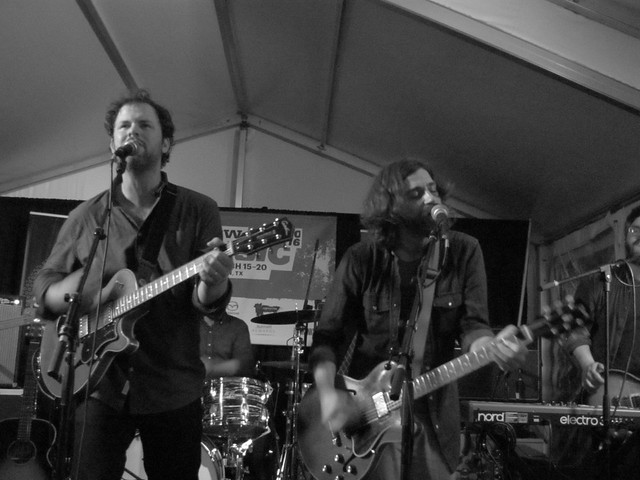 Wintersleep, whose album I had been listening to somewhat obsessively on the drive over. 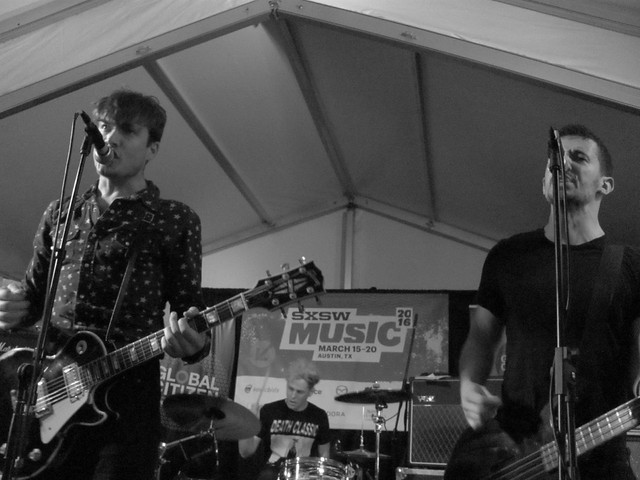 The Dirty Nil, who melted our faces and were rewarded with a pit. I have never been so pleased to have get out of the circle belling out and the center starting to spin.

It was St. Patrick’s Day, and as they say in Ireland, “a fine soft day.” Translation: it was sort of chilly and damp outside for a while. Since my SXSW “plan” was basically “uhhhhh, I’m just going to show up and follow my ears to the good stuff?” I spent part of the day ducking in and out of mostly empty bars, and then a chunk of time slipping between showcases. 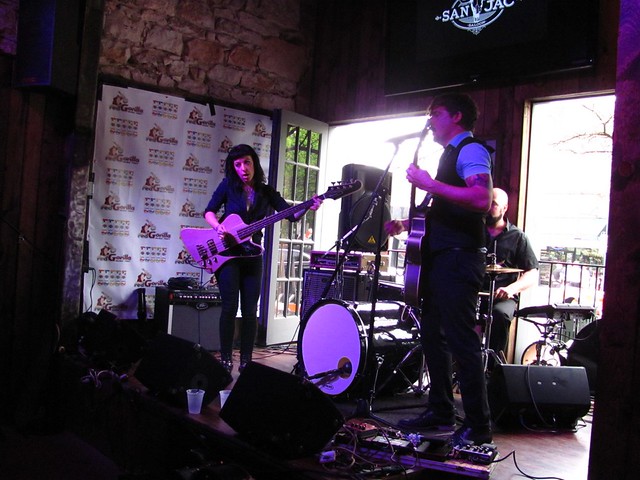 The Schisms were the first to lure me in out of the rain. 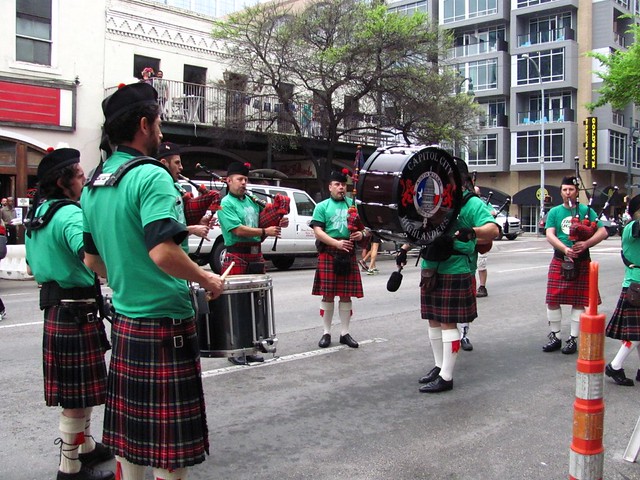 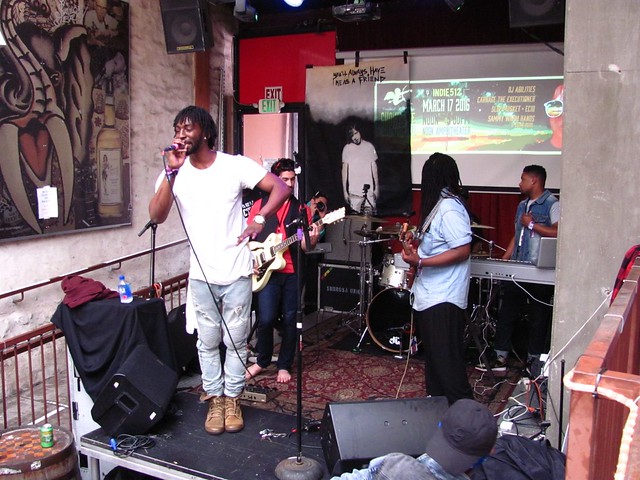 Rodgie and the Waters were next, and a totally refreshing change of pace. 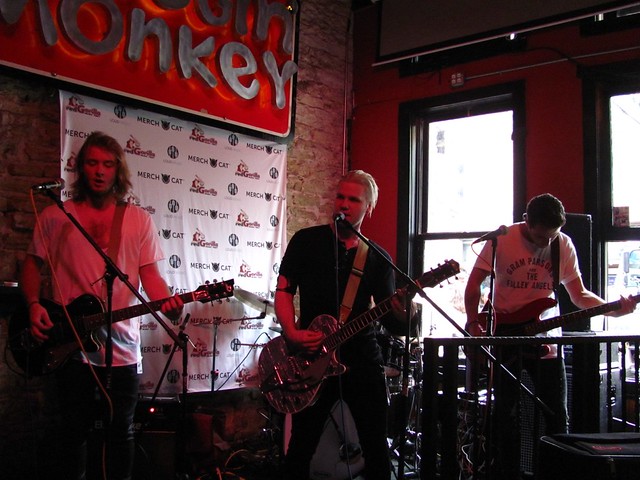 Everybody Sing: I liked the guitars. 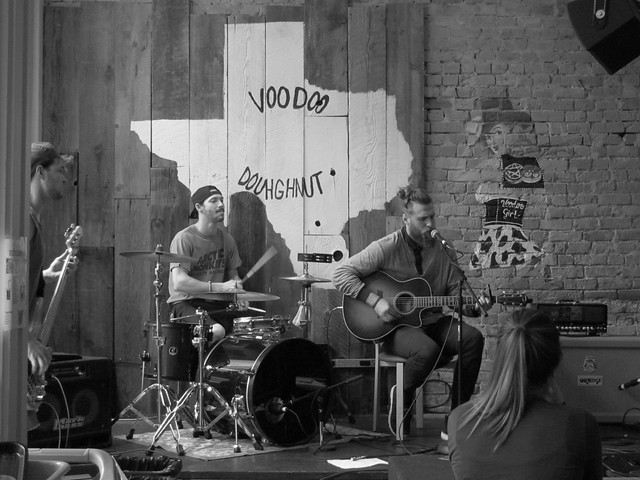 Unknown, but he sure did have some pipes. 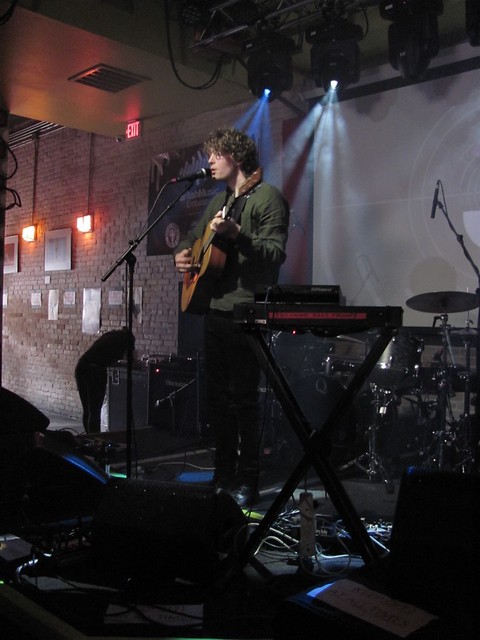 Conchúr White, from Silences, at the Northern Ireland showcase. 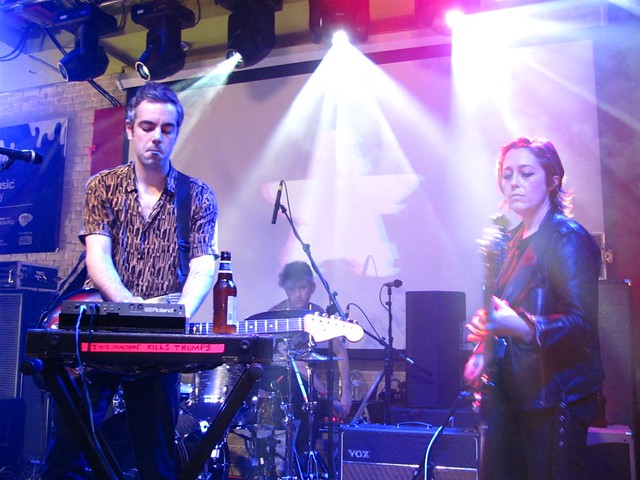 Girls Names, bringing some gothy grity and edge to the NI showcase 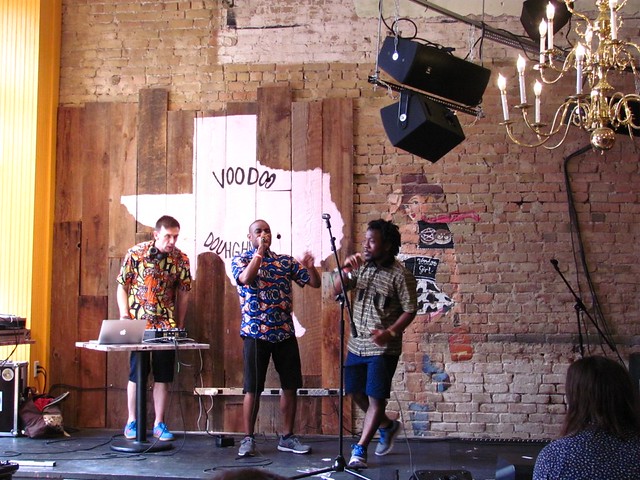 Back across the street to Voodoo Doughnut for Rusango Family, who brought propulsive rap from the west of Ireland. 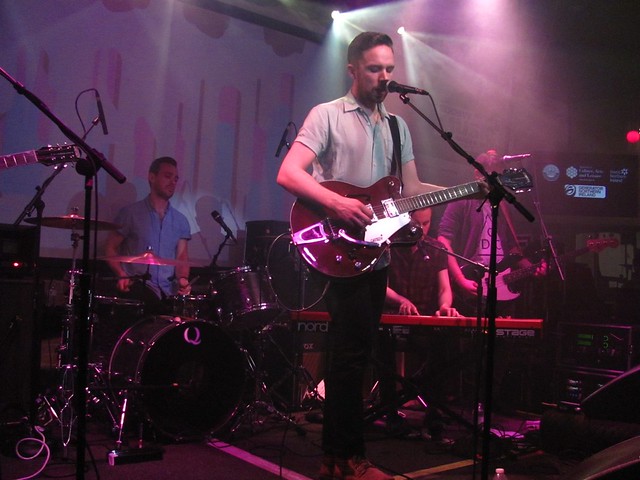 Back to the NI showcase for round two of David C. Clements, and it was just as electrifying the second time. 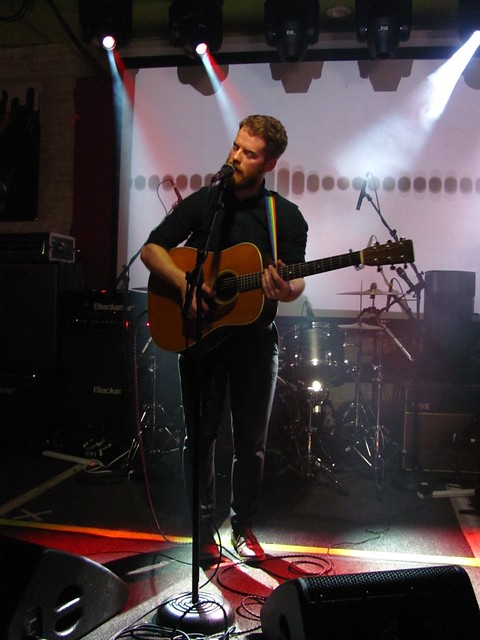 Ciaran Lavery, who powered through a minor wardrobe malfunction and silenced a chattering room with just his voice and his guitar. He also managed to sum up the heartbreak of the Irish diaspora in one two minute song at the end, sung without the help of his guitar. It was sad, and sobering, and incredibly painfully lovely, all at once. 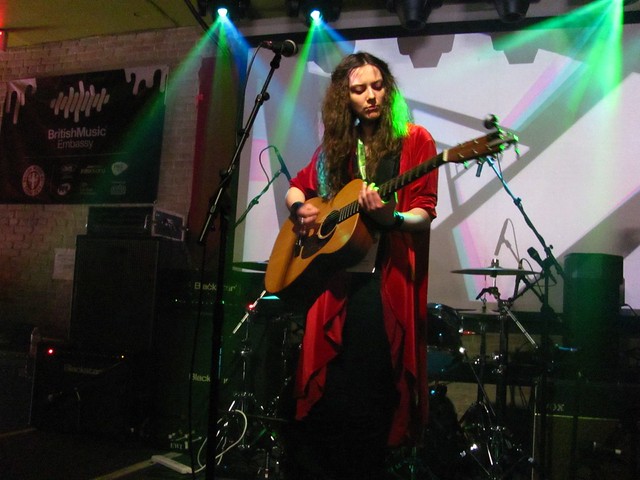 Jealous of the Birds (Naomi Hamilton). Her own songs were pretty but didn’t especially grab me; then she wielded a cover of Heart Shaped Box like a weapon. 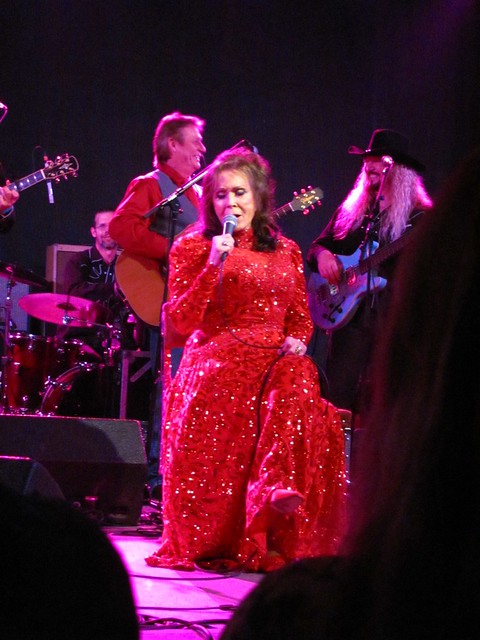 Loretta Lynn, as sparkly and as fierce as ever. 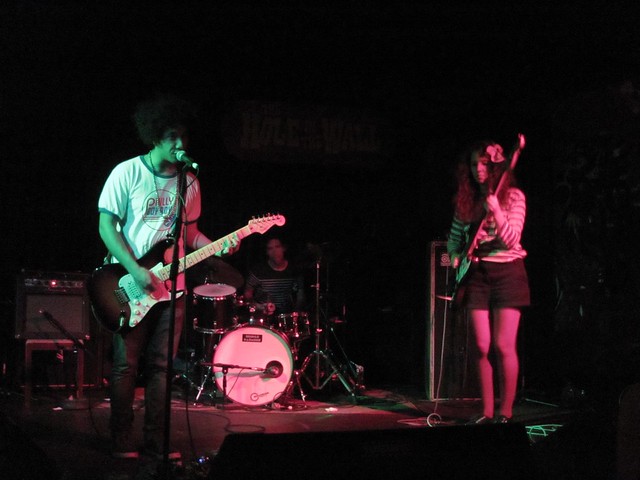 Liebling, the first band I saw after I had decamped to my natural habitat, aka a grimy punk bar far off the (festival) path. 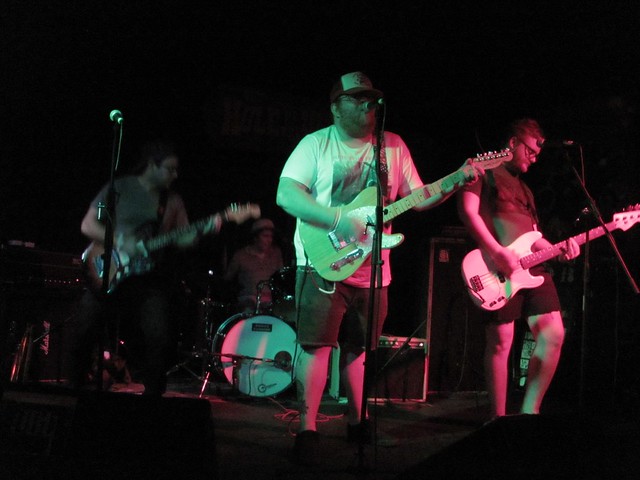 Basketball Shorts, singing songs about faithless pizzarias in a pit of darkness. 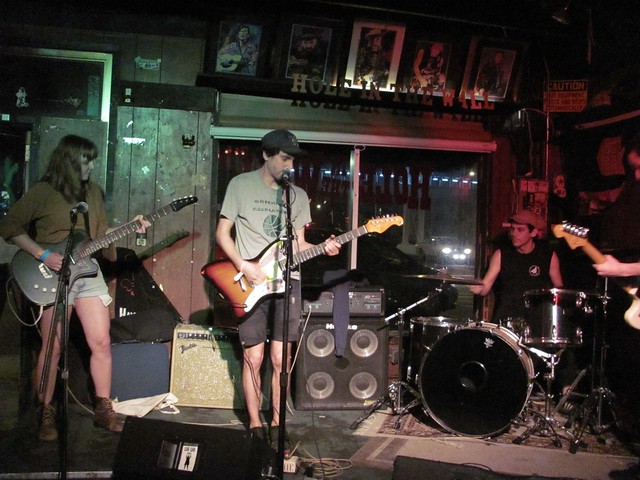 Voirvoir, or: here is where I hit the wall, and went home.

Final thoughts: I’m glad I could get to SXSW at least once. Looking back through these pictures, I feel all warm and fuzzy about the whole thing, and also bemused. I mean, where else can you hopscotch between the cream of the Northern Irish folk-rock crop, propulsive rap from the West of Ireland, Loretta Lynn and art-punk-rock all in one day? It was exhausting on many levels and often aggravating but mostly it was a great time.

Plus I got to tell a room full of musicians that the secret to getting blog attention is “follow the damn directions” which, y’all, that really is half the battle. Other suggestions: don’t be tedious, or a pest; do some research; but mostly: just be who you are. Play what’s in your heart. Let loose that which brings you joy and don’t worry who you “sound like.”

And I was awakened every morning by someone playing Reveille on an actual bugle outside my hotel window.

You can’t do better than that, for real.

I won’t be at SXSW 2017. I may never go again. I’m hanging on to music blogging by the skin of my teeth. I’d say “blog more” will be my NYE resolution but wow would that ever be a waste of time. I guess all I can really say is that for now I’m still here, and still listening.

Lagniappe: This isn’t a musical picture and it’s not even one I took this year, but it’s my favorite picture from the crop I just uploaded: Dark Corridor to a Stormy Sea, Panama City Beach, December 2015. 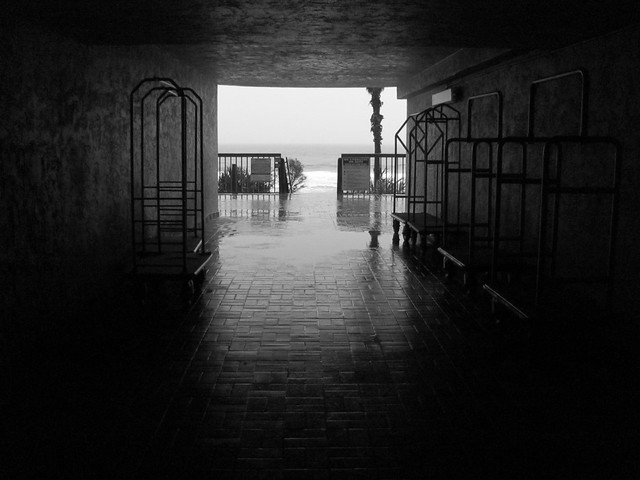