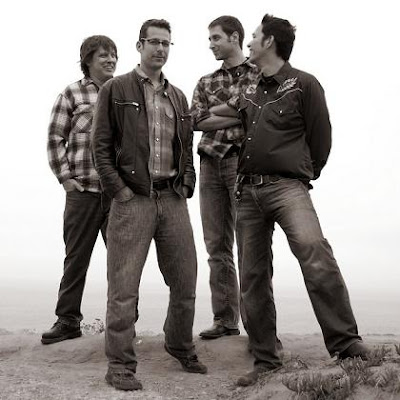 On first listen, the Famous’ new album, Come Home to Me, sounds like the soundtrack to a roadtrip* wherein Very Bad Things Happen. Can’t speak for your world, but in NTSIB’s world, that’s more than enough to merit a second listen.

The Famous has a birth story reminiscent of the birth story of the Rolling Stones, but instead of Chuck Berry and Muddy Waters albums, the chance meeting of Laurence Scott and Victor Barclay hinged on them both owning the same car: the ’65 model Ford Galaxie. The Rolling Stones comparison could be extended to the way the Famous take an old American songstyle (in their case, country & western) and mix it up with modern sensibilities… but that would be facile and trite, so we won’t do that. We could exaggerate the facts to make it seem that Laurence Scott left his life of farming for the life of a rock ‘n’ roller, but we’ll leave Scott’s 2nd place award in the 1983 Junior Farmers competition at the Dallas Farmer’s Market for excellence in radishes and swiss chard for the tabloids to uncover … Continue reading