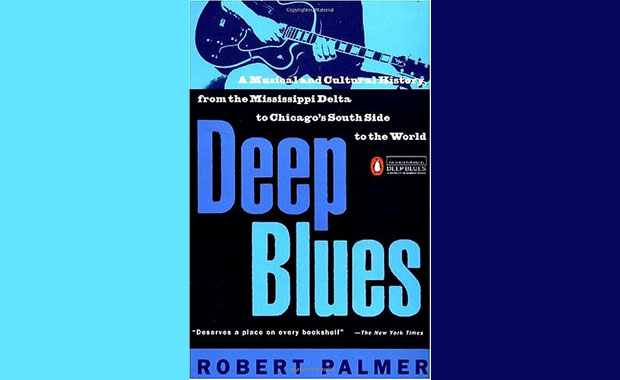 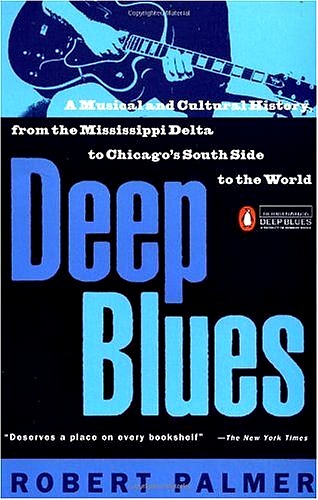 My co-blogger and I are both tremendous consumers of books as well as of music. Naturally, we also read books about music, and you’ve seen a few examples of that sneak in here and there – Jennifer’s review of Keith Richards’ Life, my write-up of B-Sides and Broken Hearts by Caryn Rose, and the recent blurb about Put the Needle on the Record by Matthew Chojnacki – and there are more to come. To that end, we introduce Now Read This, where we’ll write about music-related books that we get our grubby, grabby hands on.

To inaugurate our new title tag, I am very pleased to present a review of Deep Blues by renowned music journalist/musician Robert Palmer (not that Robert Palmer) from the man who thought of our clever new tag, kick-ass friend of NTSIB, Rick Saunders. (If’n you don’t know, Rick is the commander of his own wonderful blog, also known as Deep Blues. He is the only person I know who can consistently recommend music to my idiosyncratic self, so if you like what I write about here, you’re going to love Rick’s blog.)

As I’ve copped to before, sometimes I discover great music through questionable sources. For example, my discovery trail to Earl King’s “Trick Bag” began in 1990 thanks to a cassette tape that featured one of the most ubiquitous songs of that era. But let’s start at the beginning…

Released in 1962, King’s original has a solid, loping, irresistible groove and an engaging story.

In 1964, Seattle band the Artesians took the song and added layers of noise and bombast with muscular organ and lots of hi-hat. I swear if you put your face close enough to the speaker when you listen to this version, you’ll feel your hair blown back. (Incidentally, if anyone has information on this band, please let me know. I’m having trouble turning up much on them.)

Now let’s leap to the ’90s. In 1990, Robert Palmer created a cultural phenomenon with his video for “Addicted to Love” – you know the one, with the heavily made-up, dead-eyed ladies in their little, black dresses. Despite the fact that everyone … Continue reading