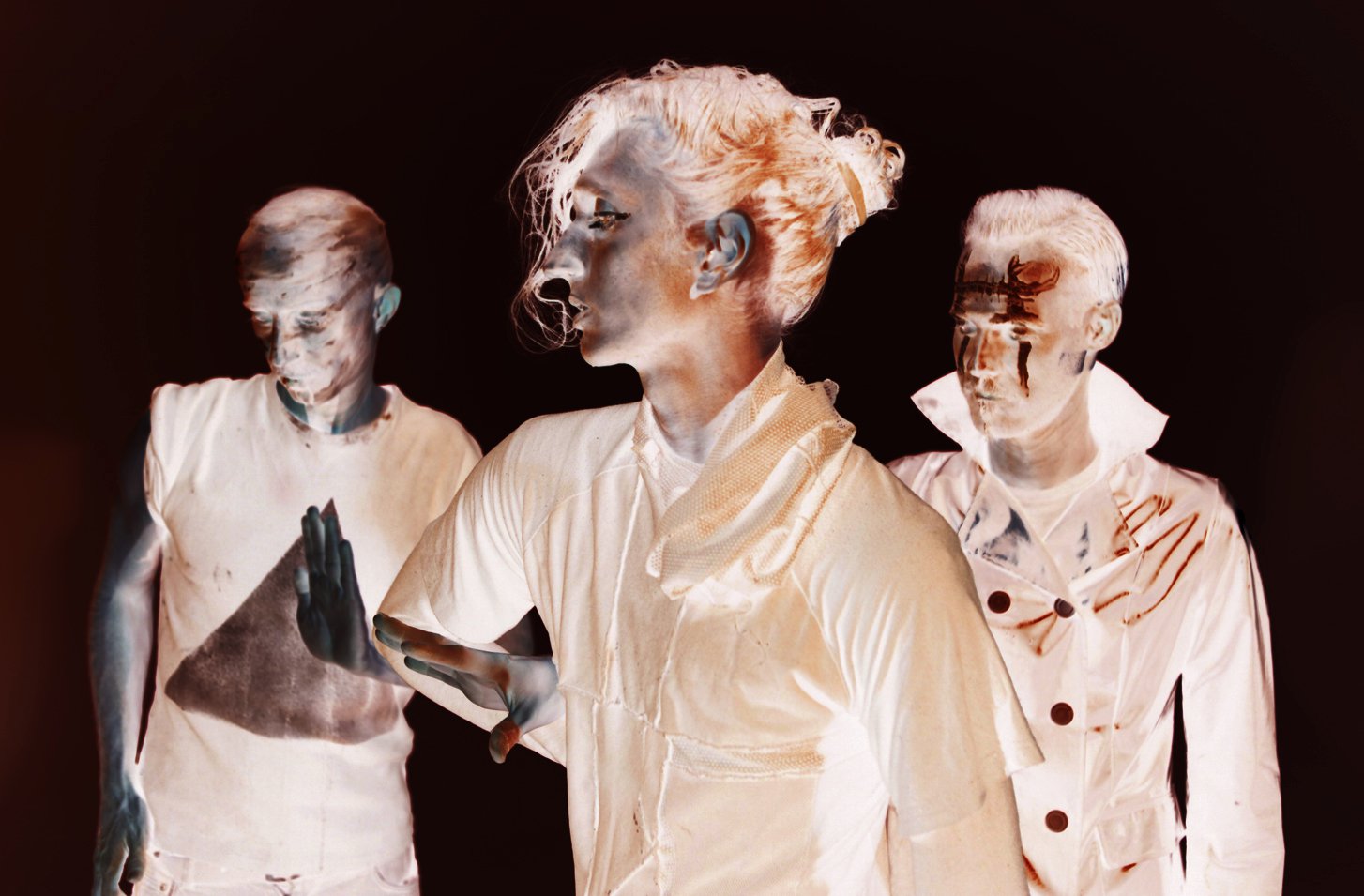 The Wild Eyes are: Len Cockraft, Gareth Dawson, and Nikhil Singh, and they are from Cape Town, South Africa. I found out about them when I was looking for something else, specifically, more information about Nikhil Singh’s alter ego / side project Witchboy, which I had in turn stumbled over when trying to find out what “witch house” was when it was at home.

I’m going to write about that whole strange journey tomorrow. Meanwhile, this tune is pretty catchy and I’m enjoying the visual effects here. Check it:

Another artist from my Chill Out Drown Out mix, A Winged Victory for the Sullen is Stars Of The Lid founder Adam Wiltzie and classical composer Dustin O’Halloran. Their partnership is the result of a chance meeting backstage at a Sparklehorse concert in Italy in 2007.

The music they have produced together is a fusion of their genres, with traditional orchestral forms wrapped delicately around cores of ambient tones, and it is lovely.

The first video I’ve picked for today is lovely too, but, well, it is very unusual and possibly not safe for work. Note: do not adjust your screens, the first minute or so is blurry on purpose.

And if it’s too early in the morning for you to take a trip to bizarro land, here is an alternate version: A Winged Victory for the Sullen performing the song with Kraków’s royal orchestra Sinfonietta Cracovia at Tempel Synagogue in Kraków on October 16, 2011 as part of Unsound Festival 2011:

There is no “official” video for this one, so I went with the best quality concert video I could find. The band is Wolf Parade, from Montreal, Canada; the song is Animal In Your Care from At Mount Zoomer (2008). I have, sadly, never seen them live myself, and possibly never will, since they went on indefinite hiatus in May of 2011 in order to work on other projects.

Reasons I like this song: the jagged rhythms that hammer and fade, stomp and chime and swirl and bounce around before coalescing somewhat suddenly and surging upwards, and the lyrics, for example: I fell for crime I fell for beauty / I fell for you because you’re the one that cared. 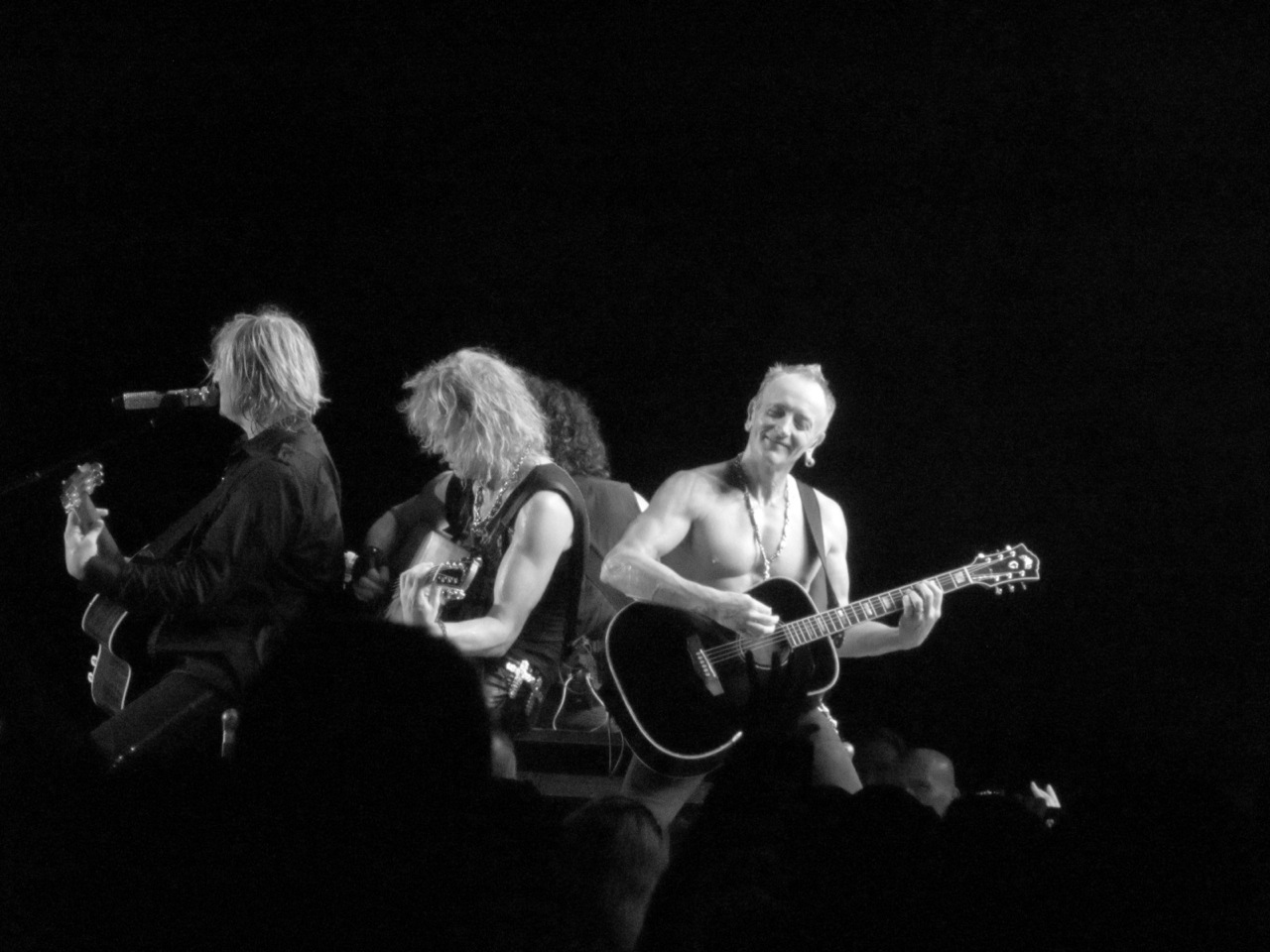 From Hysteria, which turned 25 (!) yesterday.

I went to see Def Leppard live a couple of weeks ago – they were headlining, Poison and Lita Ford were also on the bill, and it was my last show before the bar exam ate my face – and honestly, you guys, hearing this one live was thrilling.

This, again, was a very difficult decision, because of the strength of Dwight Yoakam‘s musical and video catalog. In fact it was so difficult I decided I couldn’t contain myself to just one.

So, first, because it’s Friday, and the heat of summer still lingers in New York, and there are very few things I like better than watching him sing and dance with his guitar, here he is cutting the rug while playing Fast As You, from This Time (1993):


Second, Turn Me On, Turn Me Up, Turn Me Loose from If There Was a Way (1990) which does include dancing but is beyond that is probably my all-time favorite Dwight Yoakam song. Also, there is some seriously freaky business going on in this video.

I mean, there’s the filmic set piece at the beginning, and then he (or the character he’s playing) falls face-first into a brothel, and then there are men line-dancing in lederhosen and scantily-clad ladies wearing enormous headphones riding partial mechanical bulls that are suspended from the ceiling.

Meanwhile, Dwight Yoakam is both on the stage singing his song in a fancy sparkly jacket and … Continue reading 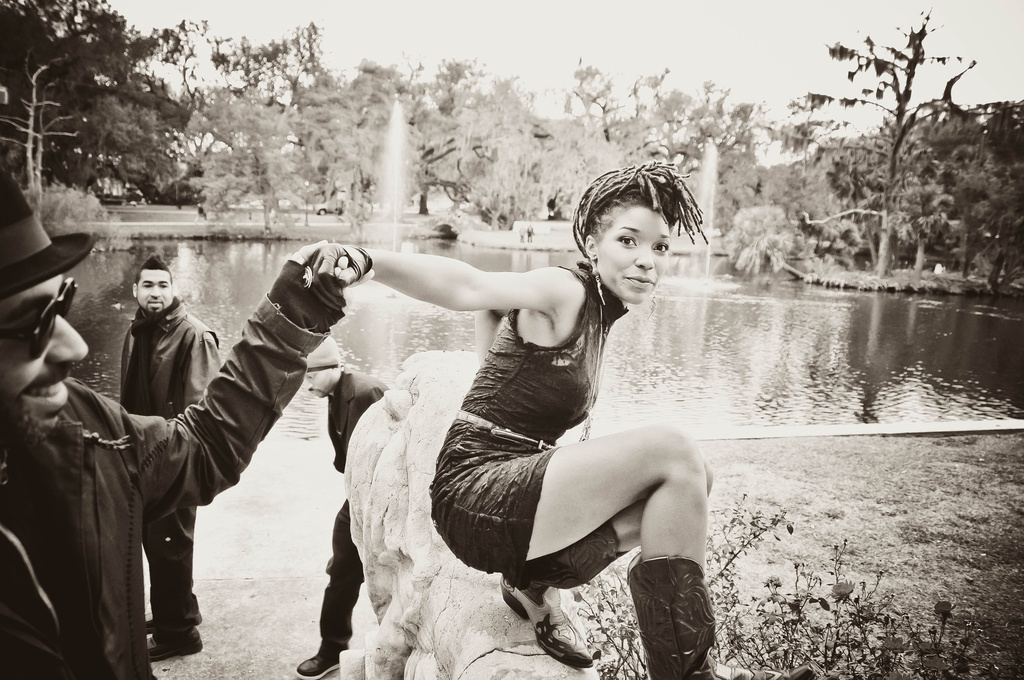 And now for something COMPLETELY different: The Honorable South, out of New Orleans, with Beast, from their debut record I Love My Tribe.

After my first listen to I Love My Tribe, I thought to myself They’ve found a way to bottle the spirit of New Orleans, which I know is not a musical metaphor, but is nonetheless the best description I can give you.

But to expand on that thought just a little bit: their tunes are the bone-rattling booty-shaking electric funk cure for what ails you. Click play and prepare to shake your tail feathers.

Another year, another challenge, or: I am once again setting myself the task of posting a video a day, every day, for an entire month.

I am starting today with the video for Insider by Tom Petty and the Heartbreakers featuring Stevie Nicks, from Hard Promises (1981).

It was recorded at around the same time as its much more famous cousin, Stop Draggin’ My Heart Around, which was written by Tom Petty and Mike Campbell for Tom Petty and the Heartbreakers but ended up as the single for Bella Donna, Steve Nicks’ first solo record.

I picked it – and it was a very difficult choice, given both the volume and quality of both Petty’s musical and video catalogs – because it is one of my favorite songs, and I didn’t know he had made a video for it until, er, just now, when I went to his VEVO channel to see what was in the “official” video library.

I like it for many reasons; it’s one of his slower, quieter songs – reflective, even – a little bitter, and a little bit sad. With books, some you read, and some read you; I’ve found, over … Continue reading

The first time I heard this song was in the late spring of 1996.

I was sitting on the floor of a friends’ flat in Glasgow, half listening to them talk and half listening to the music coming out of the stereo – everything they played was new to me, at the time – and when this tune came on, I listened to two verses in stunned baffled silence before finally asking Who is that and is he for real singing a Dolly Parton song?

The answers are: a) Andrew Eldritch, of the Sisters of Mercy, b) yes, yes he is.

For no other reason than sometimes this song gets stuck in my head and I have to put it on repeat for a little while and then tell the Internet get your glitter and your heels we’re going out.

Okay maybe one other reason: check out those harmonies at the beginning. Angels never sounded so good. 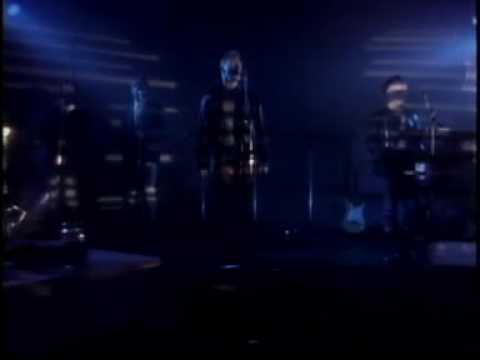 They’re still singing, as well; there was a new Erasure record last year (Tomorrow’s World) and Andy Bell is headlining Poptronik in Spain in September. And they have a new live record out too!