A Good Read, a Good Listen, and a Good Drink: Fold 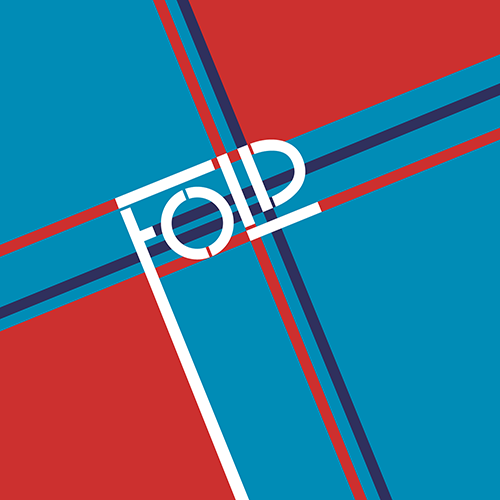 Well, I did threaten on the Twitters, after featuring the gorgeous Post War Glamour Girls, to just write about Leeds-based bands from here on out, and then came Fold with their self-titled full-length debut to help me work toward that goal.

I immediately felt the hook catch with the shrewd, jazzy hip hop-trip hop of standout track “A Victim’s Mentality”, featuring London poet Mr. Gee. The music is the sounds of the city, downbeat, the soundtrack to the survival hustle. The words are the soul of a resident finding his way, grappling, fingertips bloody from trying to surmount the concrete peaks in a world that uses those concrete slabs to keep certain citizens from rising up.

The vibe continues throughout, without click tracks or pre-sequenced samples, layered with the words of Malcolm X, Jimmy Carter, Lena Horne, Kurt Vonnegut, and more. The words are reflective, questioning, delving, while the music floats you along, alternately cushioning and jabbing. Gorgeously atmospheric, but not allowing the listener to be lulled into complacency. It is an album full of meat to chew on.

I am very pleased to introduce the members of Fold to give us some more meat to chew on in the form of book, music, and drink recommendations.

A good read:
A lot of reading has fed into the album we’ve just completed. One book that had a significant impact on me personally was The Autobiography of Malcolm X. Alex Haley’s brilliant foreword was essentially a book within a book. Taken as a whole an account is made that clarifies and demystifies to a large extent the story of both the man’s life and the popularised version of the surrounding history. By the end I felt like I knew Malcolm well enough to mourn his passing 50 years later. The thing I admired most apart from his wit, intellect and capacity to overcome adversity was the fact that despite everything he remained open-minded enough right until the end to be able to reconcile new experiences with clashing preconceptions. Like many luminaries capable of articulating the experiences of oppressed groups sadly he was removed right at the point when he’d become most capable of uniting people.

A good listen:
Settling on an album is tougher. One recent discovery that brings me frequent joy is War’s Platinum Jazz. The range of moods, the long and glorious jams and those lilting extended melodies create something that I will happily absorb at any time of day or night. It is a deeply atmospheric experience embodying a strong social conscience in more subtle ways than we do. A masterpiece in my opinion and the first platinum selling album on Blue Note Records. How is it possible that I hadn’t listened to it until earlier this year?

A good drink:
I came across a cocktail called The Bee’s Knees that turned out to be a little too easy to make at home (if you have a decent shaker). It features gin, honey and freshly squeezed lemon juice. I can easily convince myself that it is healthy enough to drink several in a row.

A good read:
Charles Bukowski, Ham On Rye springs immediately to mind. I discovered Bukowski rather ironically with a vodka and Coke in hand.

“Getting drunk was good. I decided I would always like getting drunk. It took away the obvious and maybe if you could get away from the obvious often enough, you wouldn’t become obvious yourself.”

I found an honesty and pain in his writing. Finding his place amongst the world was a battle of social constraints, personal reflections, escapism and alcohol fuelled fantasy. Charles Bukowski and his thinly veiled autobiographical portrayal of Henry Chinaski’s struggle with adolescence is one that struck a chord within myself.

A good listen:
So many to name but there is an album that I come back to again and again. Having recently moved house I set up a record player in the spare bedroom and the soundtrack to unpacking was Bon Iver, Bon Iver. It’s an album that for me conjures up warmth and security and has yet to become old. My girlfriend has framed the inlay artwork and it hangs politely above the dansette. I discovered Bon Iver via a video by La Blogothèque; upon which he was singing an acapella version of a track called, For Emma. He was amongst the narrow streets of Mont Martre in Paris and having recently returned from walking those very streets as a tourist, I fell in love with his falsetto.

Bon Iver - For Emma, Forever Ago | A Take Away Show

A good drink:
Not much of a stiff drinker anymore and never much of a fan of fizzy drinks or coffee I have to put forward my case for good old fashioned water. Although not adventurous or exciting I have to admit that I drink more of this than anything else.

A good read:
Never been a massive book geek to be fair, I would say my love is in a good film. It interests me to hear people’s opinions on how a book is presented and received in film format. Usually not a good opinion most of the time. My last conquest left me a little shook up though. The book was A Child Called It, the first novel of many by author Dave Pelzer. It’s a shocking read about his childhood and relationship with his mother. It left me on the edge of my seat at every turn of the page. I think I remember screaming at the book many times. If you have not read this book, I would suggest you do as it will change your perspective on a few things.

A good listen:
Now a good album, this is a tricky one. I’d have to say Finest Hour by Submotion Orchestra. I have liked this band for a while now and this album sends me off somewhere, sleep sometimes! It has stunning vocals, deep music and is a great album – I would recommend it to anyone.

A good drink:
Now…..DRINK! Now everyone who knows me would say “he likes good old jack” (stories I won’t/can’t go into). But no, I think I’m going to say Jagger this time. It’s strange that his drink takes me back to my childhood a little and the only way I can explain this is………CALPOL!!! Love it!

I’ve decided to be a smart arse about this and combine a good read, listen and drink into one beautifully themed evening.

To set the tone, first pop-on possibly one of my all time favourite albums Tom Waits Rain Dogs. Let the broken vaudeville sounds of Tom’s whisky infused voice wash over you and, you guessed it … grab a whisky, preferably a nice strong old fashioned (Marlboro Reds optional).

After your first drink, with a slight buzz going pick up a copy of F.Scott Fitzgerald’s The Great Gatsby and fully absorb yourself in the moment.

Unfortunately, I’m currently sat in a flat, in chilly West Yorkshire (UK), on a Monday Evening, but lets pretend its New York.

Tagged  A Good Read a Good Listen and a Good Drink, Fold, video.
Bookmark the permalink.
Logging In...