A Good Read, a Good Listen, and a Good Drink: Rubber City Review 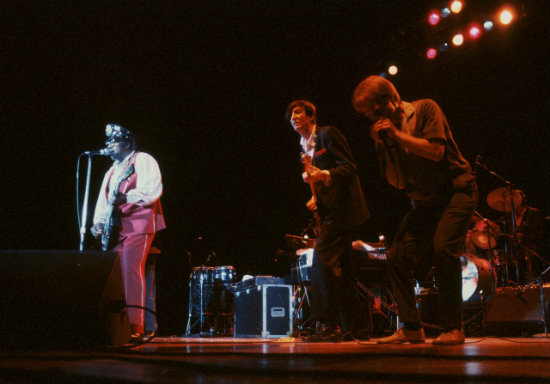 Though he’s been vilified in the press (see “blues-snob uncle” in Rolling Stone‘s profile of the Black Keys, January 19, 2012), Tim Quine, the head honcho at the Rubber City Review, has been nothing but kind and supportive to us up here by the lake. I learned of RCR when a link to the Akron-based music blog was posted to the Black Keys’ Myspace page (shush), and I was immediately taken not only with Tim’s deep and wide knowledge of music ranging everywhere from blues to western swing to jazz, but also with what a good read it was. No dry scholar Mr. Quine, his prose is generous with engaging information and abundant humor.

I’m very happy to have him here, sharing some wonderful recommendations with us.

Good Read:
Straight Life: The Story of Art Pepper
I’ve always had this weakness for West Coast jazz: guys like Chet Baker, Gerry Mulligan, Stan Getz and Paul Desmond. But my favorite is Art Pepper… The cool, seductive sound of his horn always knocks me sideways. So of course I had to dive right into “Straight Life,” the riveting autobiography that he co-wrote with his wife Laurie. Most of it is a harrowing account of his life as a heroin addict, including brutally honest stories of various acts of crime, his time in prison and his eventual recovery. Much like Miles Davis, it’s hard to reconcile the man with his music. And I found Pepper’s account of his legendary session with Miles’ rhythm section especially mind-blowing. He’d been strung out for some time and hadn’t even played in six months. In fact, the mouthpiece of his sax practically fell apart in his hands when he tried to clean it only hours before the gig (he ended up taping it together before heading out the door). But he somehow pulled himself together to record a jazz classic, “Art Pepper Meets the Rhythm Section.” I’d owned the album for years before reading the book… It still shocks me that he could play so flawlessly (with three guys he’d never met before, by the way) while struggling with so many demons.

Here’s the first song recorded at the session. The jazz standard was suggested by Miles’ pianist, Red Garland. Pepper was familiar with the song but had never played it, so he sort of made up the melody. One reviewer credited him with making it sound better than the actual tune, implying that Pepper was intentionally toying with the melody. In reality, he was doing his best to recreate it from a dim memory!

Good Listen:
The Complete Stax-Volt Singles: 1959-1968
I normally have my iPod to keep me sane during long drives, but it somehow dumped all of my music right before a trip to Lexington. So I quickly grabbed four discs from “The Complete Stax-Volt Singles,” and it dawned on me somewhere just south of Mansfield that I should have someone hardwire my stereo so the entire set plays on a permanent loop. Jelly Bread by Booker T, Able Mable by Mable John, Memphis Train by Rufus Thomas, A Place Nobody Can Find by Sam & Dave, I’ve Got No Time to Lose by Carla Thomas, Come to Me by Otis Redding… You simply can’t improve on any of this stuff. Since I’m such a guitar hound, I always find myself honing right in on Steve Cropper, who seemed to have an otherworldly sense of what to add and, maybe more important, what to leave out.

Good Drink:
Old Fashioned
Fine Kentucky bourbon (not the cheap shit), Angostura bitters, maraschino cherry, orange, a little sugar and a splash of water or club soda. My dad used to make one or two of these every night when he came home from work. Today it’s considered bad form to drink in front of small children. Back then, most of the kids in my Catholic grade school could make drinks like these for their dads. RIP Pops.