A Good Read, a Good Listen, and a Good Drink: Tony Fitz 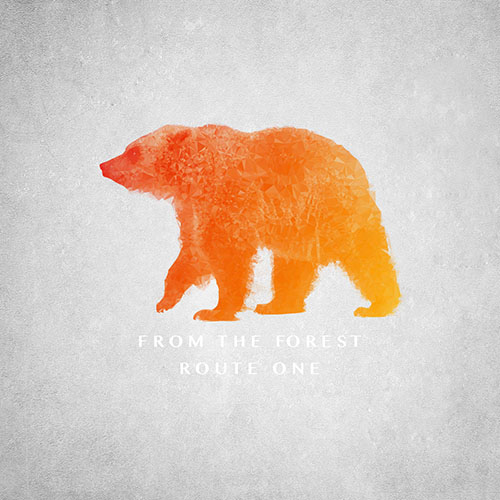 First, listen to this.

Now imagine being part of the first group of people to hear that song. And imagine that group of people is hearing that song in the middle of a Scottish forest. That’s what happened last month when the song played in the Galloway Forest as a part of the Dark Outside music festival. Described as “24 hours of music nobody has heard, in a place where nobody might be listening”, the event, which started in 2012, instantly captures the imagination, and our idea-fuelled friend Tony Fitz – you might know him as the organizer of the annual Irish Showcase at Couch by Couchwest – along with Jason Maher and Ruairi Lynch, took part with the project you heard above.

Tony calls the project From the Forest and describes it thus: “From The Forest captures what happens when random bunches of musicians come together for one-off sessions in an old house surrounded by trees. Inspired by Josh Homme’s Desert Sessions, this project is a way for the musicians involved to play and collaborate with no expectations or pressures.” You could hardly think of a better match for the Dark Outside.

Since the last time I wrote about Tony here, he has also released another project that I was in love with immediately: an album with an accompanying comic book. The western-themed work, Just Another Day, tells a story of loss and vengeance, rendered in a beautiful way. The music itself is gorgeous (Tony shared a song from the EP, “The Murder”, at CXCW 2014), and when experienced in tandem with the comic, with art by Tommie Kelly, it proves a genuinely affecting punch to the emotional gut.

Today, we are happy to have Tony join us to share some brilliant recommendations.

Book:
It absolutely fascinates me to see how someone else’s brain chews on ideas, working them over until something artistic gets spit out. Not just because it’s interesting, but you end up grabbing little pearls of wisdom, little workflow quirks or tricks that can try out and use yourself. I love when artists share how they approach and realise their work – not just because I learn a shit-ton from it, but because I feel more attached to the artist and their work as a result. Everyone wins. Austin Kleon’s “Show Your Work” is a brilliant book that really crystallises that ethos of sharing what you’re doing as you’re doing it, not just the end product. It will change how you think about showing off what you’re working on.

Grab a copy from http://austinkleon.com/show-your-work/

Album:
Conal McIntyre is one of my favourite songwriters, and I was a huge fan of his former band, Heritage Centre. His latest work is a collaboration with another huge talent, Joey Edwards, under the name “We, The Oceanographers”. They released their debut record earlier this year and it’s a triumph. The lads might refer to themselves as a “DIY bedroom rock band” in their bio, but that really doesn’t sum up the understated beauty of the songwriting, arrangement and production on this album. It’s witty, lo-fi pop at it’s absolute finest.


We, the Oceanographers - Same Old Story

Drink:
Last weekend I found myself in a speakeasy style bar in Paris, ordering an Old Fashioned made with bacon-infused Bourbon. To be fair, you’d have to, wouldn’t you?
Apparently they’d robbed the recipe from infamous “secret” New York bar, PDT.
It was so damn good I scoured the internet to find out how to make it, and found this recipe:
http://nymag.com/listings/recipe/bacon-old-fashioned/
I’ve got some really nice bacon in the fridge and I suddenly know exactly what I’m going to do with it.

Tagged  A Good Read a Good Listen and a Good Drink, Tony Fitz, video.
Bookmark the permalink.
Logging In...