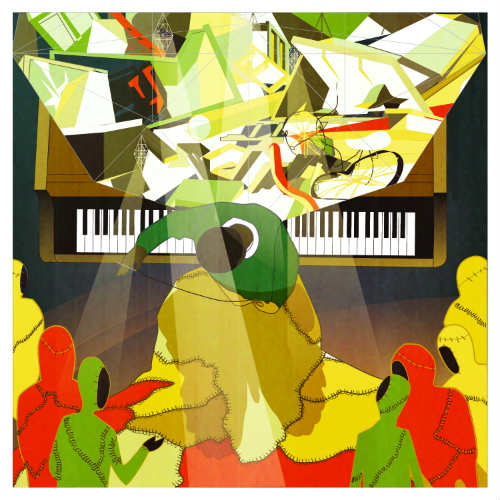 Arriving in Hamilton, Ontario, Canada, to study chemical engineering at McMaster University, Kojo “Easy” Damptey noticed obvious differences between his new northern home and his birthplace of Accra, Ghana, Africa, like the overwhelming cold. But a perhaps more affecting difference he found was in the people.

“In Ghana there is a proverb that states ‘it takes a village to raise a child’, this is the driving force for most communities back in Ghana,” Damptey says. But in Canada, he found people kept to themselves, “black people would only interact with black people, Italians would socialize with Italians, etc.” Even something as simple as a ride on public transit, where most Ghanaians are open to personal interaction, became an illustration of social divides as most Canadians seemed hesitant to interact. (This is, at least, Damptey’s experience and points out that others have had different experiences, but I think most Canadians and Americans reading this find truth in his assessment.)

But Damptey found connections with like-minded people through his discovery of FruityLoops and MPCs (MIDI/music production centers). As he began to produce beats like those of the hip hop artists he had listened to in his youth – DMX, Nas, Tupac Shakur – he became involved with other musicians at his university, musicians who were playing instruments and touring. He was then inspired to teach himself piano, which Damptey says, “took years, but eventually I pulled through.”

Broadening his artistic skills and drawing on his hip hop influences as well as soul and reggae influences, Damptey began collaborating with other artists, including Kae Sun, whose Damptey-produced album Soliloquy album won Rap/Hip Hop Recording of the Year in the 2006 Hamilton Music Awards.

Now Damptey has self-released his own EP, The EP – available via Bandcamp and iTunes. An artist of strong social conscience, Damptey highlights issues of immigration, apathy, and a common factor he finds between the people of Ghana and the people of Canada, poverty and the struggle to find jobs and support families.

“All these issues are complex issues that are never discussed out in the open unless it affects someone we know. My aim is to bring these issues to the forefront so we can talk about it and hopefully find a way to deal with it in our society,” Damptey says. “I would like people to listen to the words, ponder over the words, and realize we are all connected in the world by the choices we make everyday.”

When first listening to The EP, I was struck by Damptey’s soulful approach to hip hop beats and the large amount of heart poured into the music, words, and vocals. The track “Africa” is easily my favorite on the ep, inspiring me to play it repeatedly the first night I listened.

Damptey’s future holds a collaboration with hip hop group Canadian Winter (Daylight Robbery, due out later this year), as well as a documentary centering on the efforts of Hamilton community organizations, agents and low-income leaders to provide a living wage for all Hamilton citizens.