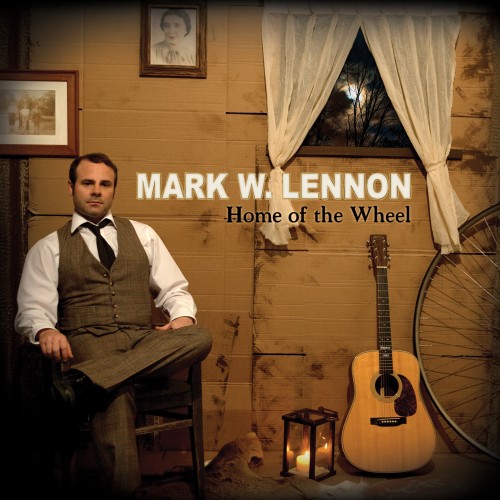 Mark W. Lennon is originally from Greenville, North Carolina, but for now, he calls Los Angeles home. In 2009 he released his first EP, Down the Mountain, and earlier this year he put his full length debut, Home of the Wheel.

I spent a chunk of the fall listening to Home of the Wheel and humming along with his (mostly) slow, sweet grooves; the exceptions are These Times, which has infectious clap/stomp along beat, and Stop&Go, which has more of a rock-and-blues feel. It’s difficult for me to pick favorites here because I pretty much like them all, but I’m especially fond of The River Stays the Same and Paper Doll, the former because it’s good to have touchstones and constants, the latter because it has a particularly pretty melody.

I leave you with two videos. The first one for The River Stays the Same, which is the first song on the record; the first notes always cause the tension in my shoulders to ease. The second one is for California Calling, the third song on the record; it has both neat sampling effects and killer harmonica highlights.