Somewhere between home and the Beachland, I managed to lose one of my camera batteries, but I did manage to attain a concert-going companion (NTSIB friend Joy) with a camera phone. We didn’t get any shots of Soft Speaker, but we do have some fittingly atmospheric pictures of HotChaCha and mr. Gnome.

This Chicago quartet, whom my brain persisted in thinking of as the Red Guitar Brigade due to the color of all their string instruments, weaves in and out of styles, sometimes moving from a more funked-up groove to treble-heavy indie rock within the same song. And it may just be my background playing up things that weren’t there, but it seemed at times that the vocals and lyrics were influenced by a dusting of late-’90s goth. While it is easy to hear how a track like “I Stand To Lose My Fortune, Easy” can grow quickly on the listener, Soft Speaker’s encompassing style is perhaps too much for a first-time listener to process at a live show, and they never seemed to spark with the audience. 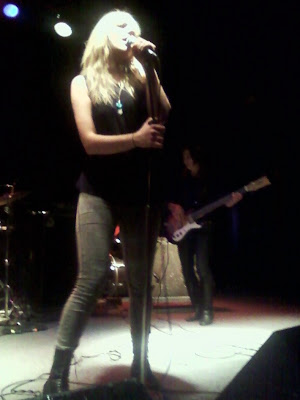 HotChaCha are swiftly becoming an NTSIB favorite, bolstered heavily by their energetic live shows. As most live reviews of the band will mention, much of this is thanks to frontwoman Jovana Batkovic and her complete lack of inhibition or pretension. She will engage the audience, whether they like it or not – and they usually end up liking it. Especially the men who gather up around the front of the stage, eagerly anticipating Batkovic’s eventual leap into the audience to dance through the crowd, sliding up against various audience members as she goes. In an era when most live performances will consist of a group of shy hipsters standing still behind their mics, not making much eye contact with the crowd, Batkovic definitely stands out as she lets the music take her, using her mic and/or mic stand as a phallus, crawling between the legs of her bandmates, making eye contact with any and everyone and folding herself backwards on the stage. 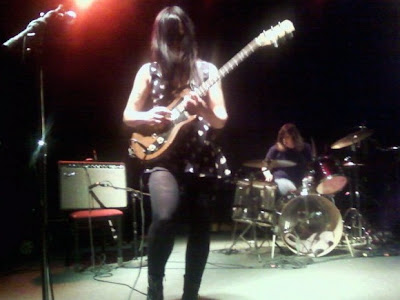 But it is Mandy Aramouni, Heather Gmucs and Roseanna Safos who perform the massive springboard from which Batkovic launches. Aramouni’s atmospheric guitar and keys are never in danger of becoming lighter-than-air partially thanks to the heavily solid low end held down by Gmucs and Safos. And while most eyes tend to be on Batkovic, the rest of the band is giving their all, Aramouni rocking and headbanging, Gmucs prowling across the stage and Safos propelling everything with her power hitting. 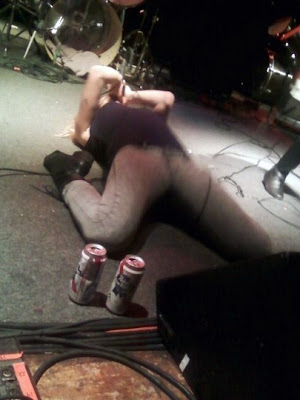 At one point Saturday night, Batkovic asked the crowd, “Who wants to dance?” She then proceeded to pull about ten audience members on stage – including Joy – for a dance party, which she soon left for the floor to let the stage dancers take the spotlight while she took a rest from being the center of attention. Audiences will often reflect the attitude of the band they’re seeing, and while those shy indie hipsters have shy hipster audiences, HotChaCha’s audience is one of the smilingest crowds you’ll see. 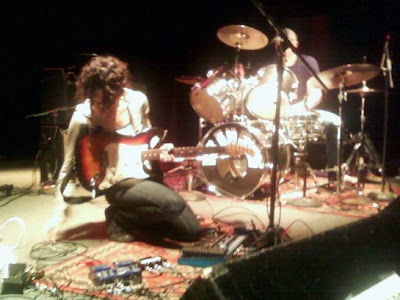 I suppose it is a common cry among fans and bloggers who concentrate on independently-produced music, but every time I listen to mr. Gnome, I ask, “Why isn’t this band huge yet?” Finally seeing them perform live (after having failed to make it happen three times previous), this question has only grown louder in my mind.

Nicole Barille and Sam Meister eased the crowd into things with the soothing, pretty “Titor” before plunging directly into the bounce beat of “Plastic Shadow” (one of my favorites). When listening to mr. Gnome recordings, I’m usually too caught up in the atmosphere, the feeling of their songs to notice the skill involved. That probably sounds counterintuitive to some of you, but I always latch onto emotion in music before I get around to pesky things like skill or even lyrics. Being able to see Barille and Meister work their instruments Saturday night brought my levels of respect for them from merely high to through-the-roof. While Meister is a power hitter of epic proportions, he’s also precise and complex, his syncopations and fills far beyond the skill of most rock drummers. 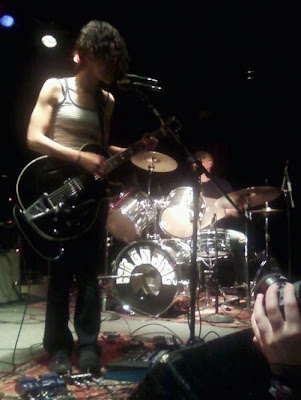 Most press on Barille focuses on her voice as she plays between low roars, tenor howls and pixie trills, but her guitar work is more than just a backdrop to her vocals. Barille moves easily between the heavy power chords and experimental atmospherics you would expect when listening to mr. Gnome’s music, but she’s also capable of intricate fretwork, which she displayed on a brutal “Deliver this Creature”. Oh, and she also belts out the vocals like a hellion live. 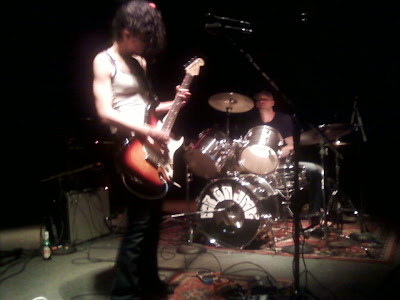 The playlist for the night concentrated on Deliver this Creature and Heave Yer Skeleton material, ending with “Three Red Birds” from the recent Tastes Like Magic EP. They also broke out a couple of new babies from their forthcoming album, which land on the more head-banging end of the Gnome spectrum. Check out this footage from the omnipresent kingofthecastle7 of their new song “Manbat”.