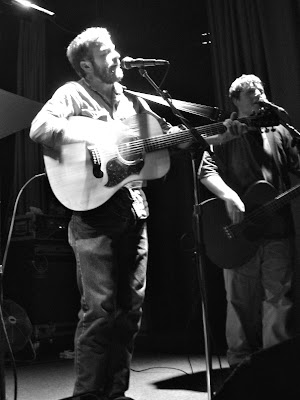 Many times, when you hear one song by a band and are instantly excited
by it, the rest of that band’s repertoire can be disappointing. I
heard Trampled by Turtles’ “Wait So Long” a while back and loved it
instantly, so when they started off their set at the Beachland
Saturday night with a mellow number, while it was a lovely song, I
wondered if I was in for impending disappointment. But all misgivings
were completely wiped out by the second song when TBT launched into
the thrash-grass sound that’s been garnering them fans all over the
country. 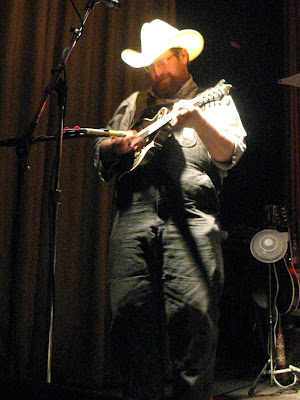 TBT played a very good mix of slower tunes with their fast tunes, but
it was obviously the fast ones the audience had come for, and I don’t
think anyone was disappointed. Between the foot-stomping that was
going on out on the floor and the guy who was headbanging to my left,
for a moment, I wondered if a mosh pit was going to erupt in the
ballroom. 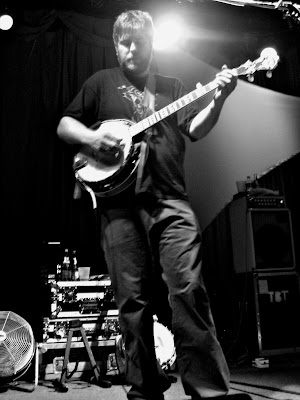 The band themselves seemed to be having a great time, too, smiling and
laughing often. They traded off lead vocals once to let their talented
bass guitar (note: not upright as you usually see in string bands) Tim
Saxhaug take the reins on a good-feeling-inducing song about wishing
you knew then what you know now. And with their talented roster (Dave
Simonett on guitar and lead vocals, Dave Carroll on banjo, Ryan Young
on fiddle and Erik Berry tearing it up on mandolin) and amazing
energy, they are able to pull off what not many other bands of any
genre can without losing the audience halfway through: instrumentals. 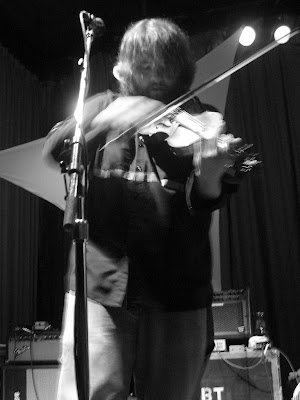 (Sidenote: Even though TBT are from Minnesota, I couldn’t help wishing
they would cover the classic “Rocky Top”.)

They played for an exhilarating hour, closing with a rendering of
“Wait So Long” that seemed to work the whole of the Beachland into a
frenzy, resulting in the first time I’ve ever experienced an opening
act being called back for an encore. They certainly made a lot of new
fans in Cleveland. 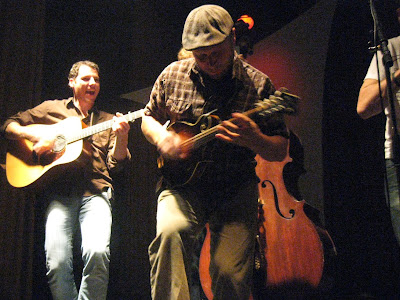 The Infamous Stringdusters (Andy Hall on resonator guitar, Andy Falco
on guitar, Chris Pandolfi on banjo, Jeremy Garrett on fiddle, Jesse
Cobb on mandolin, and Travis Book on upright bass) are musicians’
musicians, centering many of their extended songs around trading off
solos and flexing their chops. They’re a bluegrass jam band, in other
words. There are a lot of solos… and a lot of “faces” (you know
those faces that some musicians make when soloing hard), especially
from Pandolfi and Falco. 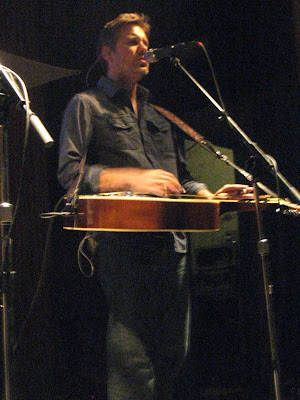 Despite a couple of sound system issues (the between-set house music
wasn’t turned off until midway through the first song and there seemed
to be interference in Falco’s equipment late in the set), the
Stringdusters played through tunes like “I Am a Stranger”,
“Blackrock”, “Deep Ellum Blues”, a great cover of U2’s “In God’s
Country”, “High on a Mountaintop” and more straight country get-downs
like “You Can’t Handle the Truth” and “Why You Been Gone So Long”. 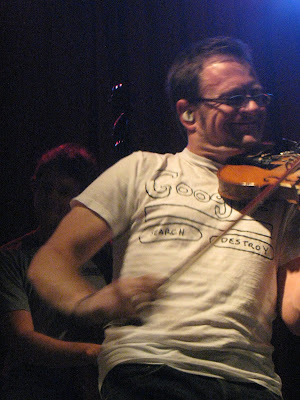 (Props to Garrett for his Google search and destroy T-shirt.)

For their encore, the Stringdusters teamed up with Trampled by Turtles
and brought the show down to the ballroom floor… which I’m sure was
great if you were part of the inner circle that gathered around the
bands but was barely audible to those of us left on the outskirts.
Though I can report from the singing along heard from the audience
that the bands played a sped-up version of the classic “Sittin’ on Top
of the World”. 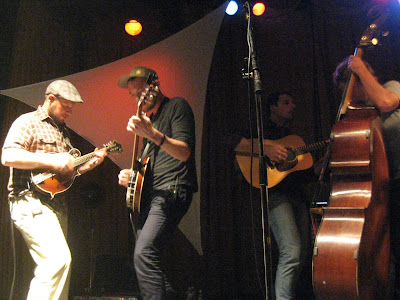