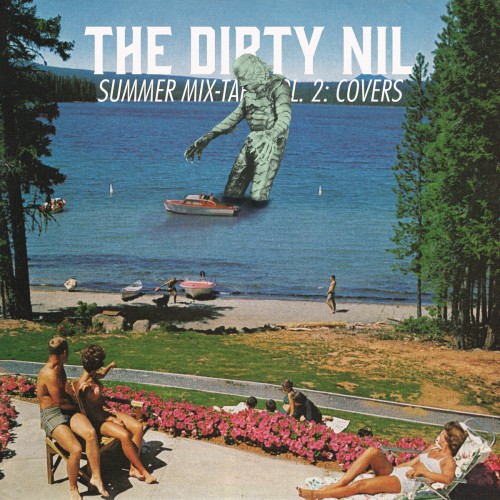 The Dirty Nil have a present for you, darlings. It’s an EP of covers and it is pay-what-you-want until the end of the summer, by which they mean the fall solstice. Digital only, though, unless you find yourself at one of their shows, where you might be able to buy it on cassette.

I’ve picked two of the four songs to share with y’all today.

First is Game of Pricks (original by: Guided by Voices), to which they add some fuzzy depth, or maybe warmth, or possibly both depth and warmth. In any case, I liked it.

And then there is Mama Tried (original by: Merle Haggard) which I listened to and then sent them an email that contained at least eight exclamation points. And even that was not really enough to properly express my joy.

I have, in all seriousness, been longing for a punk cover of this tune for several years, and now, here it is. And it is glorious. Unless you are a country/Merle Haggard purist, in which case stop reading now, because you’re just going to be mad.*

For everyone else: The Dirty Nil have stripped out the twang, goosed the tempo, and amended the first verse slightly, but the spirit – reflective regret – remains the same. And while it may be fast, it isn’t sloppy. They put the pieces together with great precision even at high speed; they way they slam through the chorus is especially magnificent.

It’s like they’ve found a way to distill and record the feeling of being slightly drunk / riding a concert adrenaline high, clinging to the rail and shouting the words of your favorite song at your best friends who are standing next to you. This is the energy that makes the pit sing until they’re hoarse, causes barrier drum lines and leads to multi-city road trips to do it all over again as many nights as possible.

* I understand, I really do. I mean I’m still (possibly irrationally) annoyed at Hank III for making Bruce Springsteen’s Atlantic City into a honky tonk song.