Home » uncategorized » What It Is To be Free: Music As Release

What It Is To be Free: Music As Release 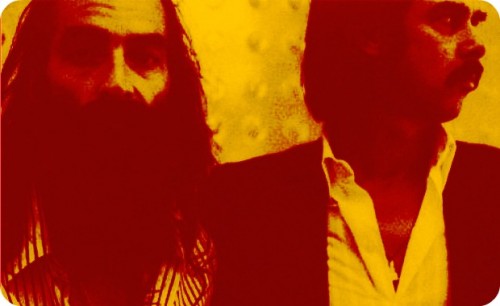 NTSIB’s good friend Brucini, proprietor of The Black Keys Fan Lounge, has graced us with a rumination on the freeing power of music, as exemplified by a couple of his fellow countrymen.

How does it feel to be free? How is it possible to just be yourself? Most folk don’t think about it. Some musicians wittingly or otherwise are emboldened to consider these notions, it informs their way of being.

Musicians through live performance seem to be able to demonstrate a way to be – free, and real, and honest, if just for a fleeting moment.

It’s not a way others can inhabit easily, it’s just a way, their way.

Music historically has opened a door to a type of personal transcendence. Fears, inhibitions, anxieties are either dealt with onstage through lyrics and music or they are simply put aside during those brief moments of performance.

The stage creates a space in which this personal transcendence can take place. The audience pays its respects to this place. The music urges on feelings to be released, to rage against the world, to do away with the attachments that otherwise chain us.

Two of the best examples of this going around, though definitely not the only, are Nick Cave and Warren Ellis.

Have you ever seen two men so free on stage?

To have the confidence to pursue a singular artistic vision is audacity indeed. To have done it for so long with an unrelenting drive is even more remarkable.

Nick and Warren embody an expression of what it is to be free. When you are free or so tangled you are striving to be free, the music seems to become free too.

To listen to and see Warren Ellis’ band The Dirty Three live and in full flight grabs hold of your emotions as he and the band wrestle with theirs. Instrumental music forces you to fill in the vocal blanks, to engage.

Performer and audience both come out the better for it. You’ve been exposed to a way, a pathway to somewhere.

The release of musical freedom walks an unsteady tightrope. The muse can tangle up a normal life. Regular being doesn’t allow pure expression, emotions that need to be released, to be expressed and reinterpreted, endlessly.

There are seemingly many ways to be free. Nick and Warren give life and expression to some of them.