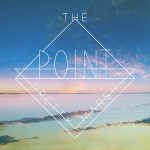 Pretty Marsh is the debut record from The Point, the newest project from Michael O’Neill (JD Samson & MEN, Ladybug Transistor) and Sammy Tunis (formerly of The Lisps). It’s a meditative record, and a complicated one. It’s dreamy, but it also sounds like soundtrack for an existential crisis:

And then there’s this cover of Thirteen, which caught me by surprise the first time I heard it, and about wrecked me: