A Good Read A Good Listen and a Good Drink: Bahhaj Taherzadeh, We/Or/Me

We/Or/Me (Bahhaj Taherzadeh) occupies a unique place in the musical world: he’s a Persian/Irish singer-songwriter. He grew up in Dublin and now lives in Chicago; he got his start when, after years of writing songs on the sly and sharing them with only a limited circle of friends, Glen Hansard called him to the stage one night and commanded him to sing.

His first record, Everything Behind Us is a Dream, will be turned loose upon the world at the end of January 2016. I have listened to it, and, ladies and gentlemen, it is a delight. His songs are spare, delicate, elegantly constructed, and overall just lovely.

Sea Wall is not the first single, but it is my favorite:

And with that, I turn the floor over to Mr. Taherzadeh, who joins us today to share a favorite book, song and drink: 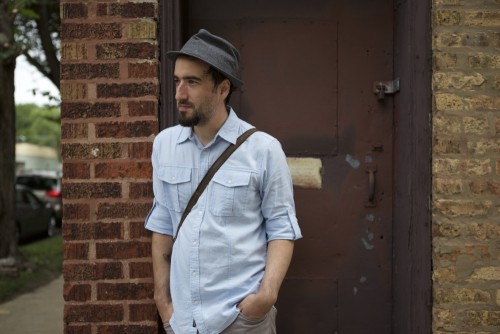 Werner Herzog — Conquest of the Useless: Reflections from the making of Fitzcarraldo

A filmmaker’s production diary doesn’t necessarily scream “highbrow literature” but Werner Herzog is not an ordinary filmmaker, nor was his film Fitzcarraldo an ordinary undertaking. In recent years Herzog seems to have become a caricature of himself, an uncompromising and severe man who makes nothing but extreme and bleak statements about art and the futility of existence. And while he seems to have lightened up enough to be in on the joke, that doesn’t make his convictions any less real. You won’t learn a lot about filmmaking by reading Conquest of the Useless. You won’t even learn a lot about the specific film that the book documents.

What you get is the internal landscape of Herzog’s mind as he navigates life in the Amazonian jungle. He observes the unyielding savagery of nature, he confronts cobras, witnesses death (both animal and human), curses financiers, negotiates with native tribes, and embraces a wild conflict with one of his actors. That he has to oversee the dragging of an actual steamship over a mountain in order to realize his vision and complete his film seems perfectly natural in the context of everything that surrounds it.

The action described in this book is chaotic and disorienting, but Herzog’s voice is steady and calm throughout and it is rendered in achingly beautiful prose. If you ever find yourself overwhelmed by an artistic project, read this book. It will likely put your struggles in perspective and it might make your convictions a little firmer.

I don’t understand anything about this song. I don’t know what it’s about. I don’t know what he’s saying exactly, what he is describing, but it makes the hairs on the back of my neck stand up every time. Jason Molina’s music has always had a harrowing, damaged quality to it, but since his death it is all the harder to listen to. There is something transcendent about this track though. Something indefinable. No one is quite sure if this is a Songs:Ohia record or a Magnolia Electric Co. record. It now serves as a transition between the two identities. Almost everything leading up to this point in the Molina canon had been sparse and lonely sounding. Suddenly it sounded as though there were a lot of people in the room.

It was the opening track on a record that represented a new chapter in the life of an extraordinary artist. To me it is the sound of a man putting all his cards on the table. It is triumphant and desperate all at once. I met Jason on a train once. I was listening to his music on an ipod, and I turned around to find that he was standing behind me. We were the only ones in the car. It was a strange, dreamlike experience. We spoke for some time and then kept in touch a little after that. If I didn’t have some record of our correspondence, I’m not sure I would be certain the encounter was real. John O’Donohue wrote that “transience makes a ghost of each experience.” It is a line that seems to pretty well sum up my connection to Jason and his music.

I don’t drink alcoholic beverages, so I have no craft beer suggestions or cocktail recipes to share. I drink a lot of coffee, usually Americanos. I use an aeropress at home but I have a love/hate relationship with it. I’m struggling to think of something to recommend. Oh, I’ve got it! Reed’s Premium Ginger Brew. It is the most refined soda you will ever drink. They claim to sweeten it with “Canadian white-water clover honey.” I don’t know if that’s a real thing, but the taste is unreasonably good. Maybe if everyone who reads this tweets about it to Reed’s, they will send me a lifetime supply of the drink for free? Please everyone do this. I’m counting on it.