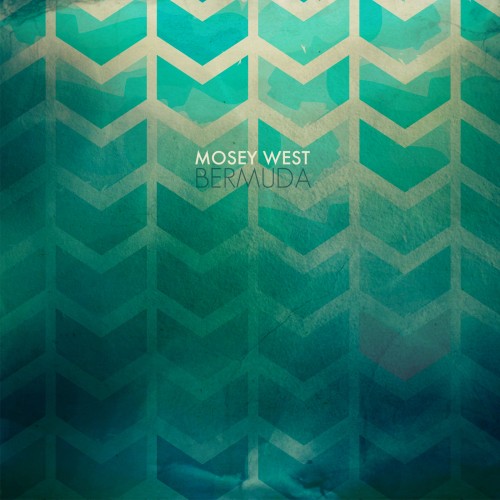 Bermuda, the third release from Mosey West, of Fort Collins, CO, is named to reflect the spirit of change that has been driving the band for the last year or so.

First they changed their line up – the current crew is Adam Brown (guitar, vocals), Mike McGraw (bass, vocals), and newcomers Max Barcelow (drums, vocals) and Nathaniel Marshall (keys and guitar) – and then they changed their sound, pulling up most of their country roots and taking a flying leap into the world of psychedelic indie rock.

That might seem like a hard right turn, but the end result is more of a logical evolution than a complete re-invention. The changes have, if anything, given them more depth and warmth then they had before.

Now as for the tunes, I only say they’ve pulled up most of their country roots because there are still one or two left, which you can hear in songs like Old Stone:


But the psychedelia is clear and strong too, such as in Hurricane Eyes where they really jam it out:


For the rest, head over to their bandcamp page!