Tony Fitz: Cut Me Up 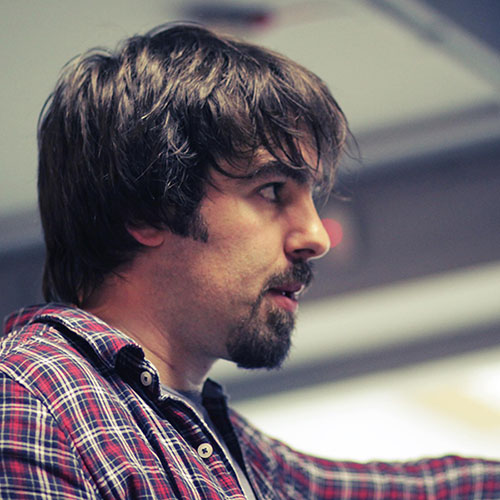 Face front, true believers! I’m back in action! At least for the time being… As I’m on seasonal layoff from my day job through January, I’ll have enough time and brain power to contribute to the blog again, instead of just harassing you all on Twitter.

The NTSIB crew (can it be called a crew when there are just two of us?) love taking part in the Couch by Couchwest festivities every year, not least because we always manage together some new friends who also happen to be very talented. This past CXCW got us acquainted with Tony Fitz when he organized a very lovely Irish showcase.

Aside from all the behind-the-scenes work Tony does in production, recording, and sound engineering, he also makes music with his band Susie Soho. And in between everything else, he has began recording solo songs, releasing them on an as-ready basis, the first of which is “Cut Me Up”, which includes Ciaran Brady from Heritage Centre on drums, along with Jason Maher and Niall Campion on bass and guitar. Breaking my own rule of never comparing musicians, this song does slot easily beside Tony’s fellow countrymen the Frames in its laying bare the raw emotions of disappointment and anger while making you want to stomp, head bang, and fist pump to the jagged blasts of guitar and drums.

To check out Tony’s work on the technical side of things, you can listen to his production work for Red Sails on their EP We Still Build Forts, his live recordings for the Chapters, and his sound work for Homebeat.