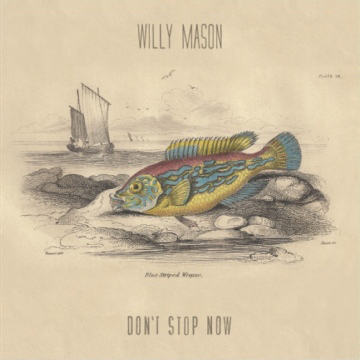 Around the time Now This Sound Is Brave started, back in 2010, I found myself in the habit of inadvertently seeing Willy Mason play live as he seemed to be opening for everyone I wanted to see. While he clearly had talent and skill, it took a while for me to be won over. Mason had started his career at a young age and was growing into his role.

Seeing his name pop up in the old e-mail inbox after three years is like seeing an old, beloved friend again. Willy Mason is trotting out his first new album in six years, Carry On, and in the run-up, he has an EP titled Don’t Stop Now available for free download from NoiseTrade. It’s a beautiful little thing, ranging from the somber to the downright danceable.

Mason is gearing up to tour the UK and Australia, and will be joining the Gentlemen of the Road tour for four stops this summer.