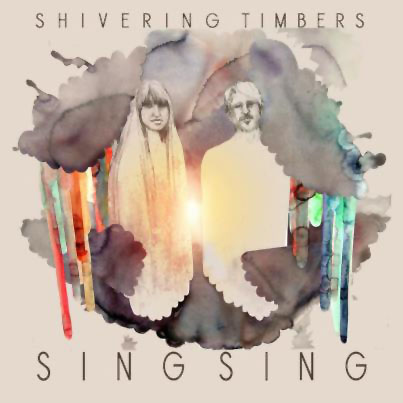 While the album begins on lighter, brighter notes with title track “Sing Sing” and Neil Diamond cover “Holly Holy”, the stream of the album roils with the kind of darkness born from standing resolutely against life’s foes, reflected here in the Chuck Auerback-penned “Annalee”, as Sarah asks, “Who told the Lord I didn’t need her? Who told the Lord I didn’t love her? Who ever said He could take her? When I find Him, I’ll put Him in His grave.”

The clouds begin to clear by the end, and the playfulness of the Shivering Timbers’ first album is revisited in the charming blues tune “The Mopping Floor”.

12 The Mopping Floor by Shivering Timbers

We All Started in the Same Place was Shivering Timbers’ calling card to get your attention. With Sing Sing, they’re ready to show you what they can really do.

Sing Sing will be released to the wide world on September 4, but if you can make it to Akron this Friday, you shouldn’t hesitate.