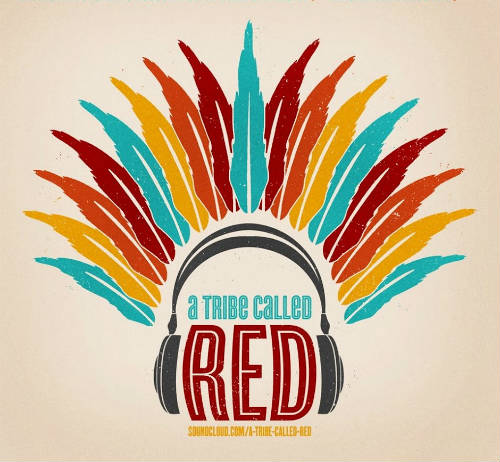 Got some worthy free music to start your weekend. A Tribe Called Red is a collective of Native DJs who mix samples, beats and pow wow music into something they have dubbed Pow Wow Step. When I first read about this, thanks to Rick Saunders, I wondered why I hadn’t heard about anyone doing this sooner.

I’ve been a fan of pow wow music since I first attended the Great Mohican Pow Wow (where they let white people in) in my early teens. The highlight of any day spent at the Pow Wow was going down to the ring to watch the dancers compete as the thumping drums and otherworldly vocals set their rhythm. Pow wow music is, essentially, dance music. It may be more ceremonial than the dancing you see in a club on a Saturday night… but, on the other hand, from a sociological viewpoint, maybe it’s all one in the same.

I was endeared to A Tribe Called Red as soon as I watched this video for “Electric Pow Wow Drum”, which includes clips from Jim Jarmusch’s Dead Man.

How frigging wicked is that? And there’s a whole album, also titled Electric Pow Wow Drum, free to download below.