Home » feature » Ones to Watch: Barry

Ones to Watch: Barry 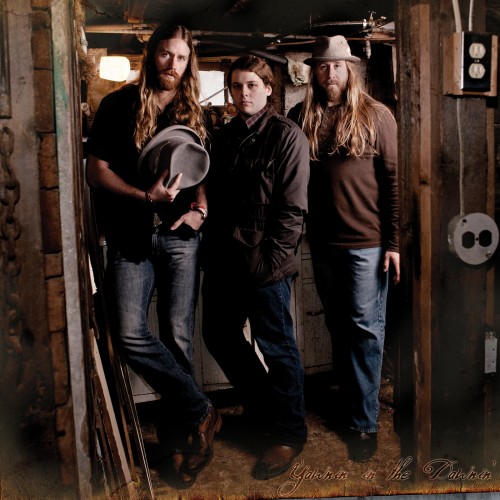 Barry is a folk-rock band from Hume, New York, made up of three brothers: Patrick Barry (guitar/harmonica), Benjamin Barry (bass), and Bradford Barry (drums). Barry formed in 2011, in the wake of Patrick and Benjamin’s former alt-rock band, Navar.

Here are some reasons why I am extremely fond of their very first EP, Yawnin’ in the Dawnin’, presented in no particular order:

1) The title song, which has beautiful harmonies, sounds remarkably like a sea chantey. I love sea chanteys. I especially love sea chanteys about being very tired and wishing one had gone to bed earlier because that is me and my incorrigible accidental nocturnal tendencies to the bone.

2) The third song, Carnival(e) has a killer creepy sideshow Nightmare Before Christmas vibe, and they made a video for it, which also celebrates their upstate New York roots:

3) Drink One More, a song which features three carefully intertwined birth stories – one of my favorite genres of personal narrative – and is generally an exhortation to have one more drink and tell one more story, one for the road in both cases. I’m not much for beer but I do love a good yarn, and as far as I am concerned there are few finer pleasures than an evening of friends sharing stories.

4) Great Unknown, a song about second chances, which sketches a whole relationship in a series of tiny but telling details. It’s also about telling someone I don’t know where we’re going but I want to go there with you.

5) The harmonies, which I am bringing up again because they are in every song, not just the title track. Finally, these gentlemen have a lot of rock in their folk-rock, which is also a thing I appreciate.

Yawnin’ in the Dawnin’ is their first record, but evidently there is more coming soon! If you like what you hear, you can keep up with their adventures via Facebook.

Tagged  Barry, Ones To Watch, video.
Bookmark the permalink.
Logging In...