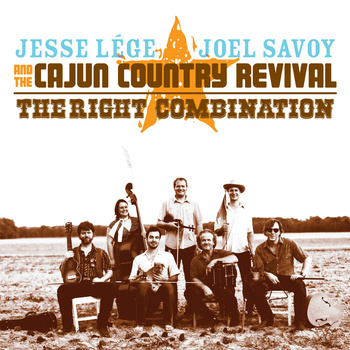 I have been thinking about this post for a couple of months now, never sure how to start it and never sure what I had to contribute aside from “It’s really good. You should buy it.” There is some Cajun blood down my mother’s family line, but it’s not a culture I was ever directly exposed to. I have always enjoyed the friendly, happy, highly danceable vibe of Cajun music whenever I’ve heard it, but, until this album, I never had it around for listening on a regular basis. I haven’t studied Cajun music. So, in considering this post, I have felt wholly adrift. But as Joel Savoy’s brother Wilson said in an NPR post about the current crop of Cajun string bands, talking about the audiences the Cajun musicians find when they play outside of lower Louisiana and southeast Texas, “Even if they didn’t grow up in that culture, they can tell if the music is real or fake.”

If the aforementioned NPR piece is correct about a coming surge in popularity for Cajun music, there’s going to be a rise in the fake (I’ve heard a bit of it coming out already, and it’s a sad experience). But even if you’ve never heard of multi-award winning accordionist Jesse Lége or his frequent collaborator Joel Savoy, you know from the first note that this is real. Savoy’s parents, Marc and Ann, are famed Cajun musicians in their own right. And Lége grew up in a one-room house in southwest Louisiana, where his family had no electricity and spoke Cajun French.

For this album, The Right Combination, Lége and Savoy threw a little twist in the mix by teaming up with Pacific Northwest musicians, the Caleb Klauder Country Band. Given the overlapping histories of Cajun and country music, the pairing of the two styles is seamless and results in a lively and varied album. As a starting point, think of Hank Williams playing “Jambalaya (On the Bayou)”, amp the fiddles way up, throw in lots of button accordion and place the unique Cajun shout-singing style alongside Williams’ Alabama drawl.

The Right Combination can be downloaded via Bandcamp or purchased from Savoy’s label, Valcour Records.