Home » feature » Let the Wrong Light In: Kasey Anderson and the Honkies, Heart of a Dog

Let the Wrong Light In: Kasey Anderson and the Honkies, Heart of a Dog 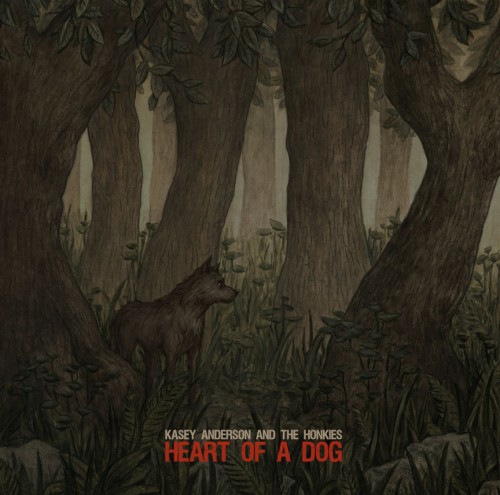 Kasey Anderson and the Honkies are from both Seattle and Portland, and are Kasey Anderson on vocals, guitar, percussion, Andrew KcKeag (Presidents of the United States of America) on guitar, vocals, Eric Corson (The Long Winters) on bass, and Mike Musburger (The Posies, The Supersuckers) on drums.

Heart of a Dog is the result of Anderson’s desire to move beyond being a solo artist and “just make a rock n’ roll record” and, dear readers: he, the band, and their all-star guest stars (Jenny Comlee of the Decemberists and Dave Harding of Richmond Fontaine, among others) have most definitely succeeded.

I’ve been carrying the songs around with me for a while now, and listening to them in all kinds of situations: while studying for exams, while on the train, and now, poolside, and they always improve both my mood and my day, whether I apply them directly or they float up on shuffle.

I can’t really isolate one or two favorites for you – the whole record is strong – but I can say that the slow dirty burn of Let The Wrong Light In was an especially fantastic contrast to the anodyne confines of law school. I’m also fond of My Baby’s a Wrecking Ball and Kasey Anderson’s Dream.

Here’s Let The Wrong Light In in video form so you can listen for yourself. Be sure to turn it up:

Tagged  Kasey Anderson and the Honkies, review.
Bookmark the permalink.
Logging In...