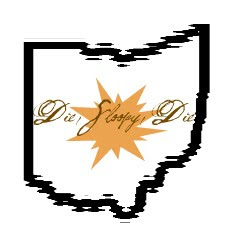 I find myself drawn to the music of Ohio artists. It could be some innate loyalty to or a sharing of basic ideas with my fellow Ohioans. Or it could be that Ohio turns out more excellent music per capita than the rest of the world. I may be biased, but I’m going with option B. 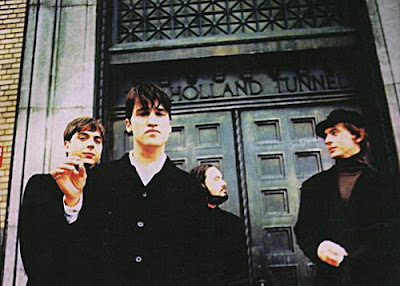 “Ladies, let me tell you about myself…”

The facts: The Afghan Whigs formed in Cincinnati, Ohio, in 1986 with Greg Dulli on vocals/guitar, Rick McCollum on guitar, John Curley on bass and Steve Earle (no, not that Steve Earle) on drums. They were the first band not from the American northwest signed to Sub Pop Records. They released six studio albums, beginning with Big Top Halloween in 1988 and ending with 1965 in 1998.

The first time I heard the Afghan Whigs, they scared me. I was about twenty years old, and while I was not prim and proper, I had a frigging lot to learn. The tones of anger, which projected both outward and inward, that colored Greg Dulli’s vocals in the songs on their seminal album Gentlemen translated to menace in my ears.

It took me a couple of years to come around, and I don’t remember how it happened, but it seems like I went from being horrified by them one day to wanting to be all up in Greg Dulli’s business the next day. My then-husband and I set about collecting every album, EP, single, video, magazine article and any other items emblazoned with “The Afghan Whigs” that we could get our hands on (I retained possession of the collection when the husband and I split up, possibly because he feared grievous bodily harm if he tried to come between me and my treasures). They became, and remain, my favorite band.

If I had to use only one word to describe the Afghan Whigs cannon, it would be “swagger”. The story set forth when listening to their albums in chronological order is one of a group of angry, young punks who got into their mamas’ Stax and Motown collections one day, put on suave suits and never looked back. The anger remained, but now it was topped by a layer of strutting, smooth-talking cockiness.

Gentlemen is considered by many to be the Afghan Whigs’ masterpiece, concisely marrying their early punk energy to the soul spirit that would become their trademark. While their earlier albums showed promise, they were scattered, directionless. Gentlemen was a clear vision, sharp, slickly jagged, cleanly dirty.

The Afghan Whigs – Be Sweet

Their next effort – and one of my all-time favorite albums – Black Love, pushed the music further into soul territory while still retaining a metallic edge. A Curtis Mayfield influence weaves itself throughout, wrapping around images of sex, violence and religion. The whole album is a challenge: Step up or be stomped.

Then everything fell apart in the glorious mess that was 1965. It is an unrepentant party album, though it still carries Dulli’s characteristic Catholic guilt and flashes of brilliance within its decadent atmosphere.

“And my brain is gonna sell my ass to you.”

The Afghan Whigs became known for their way with a cover song, often taking songs that seemed innocuous, cutting them open and turning them inside out to expose their viscera. Songs like the Supremes’ “My World Is Empty Without You” and Freda Payne’s “Band of Gold” became suicide notes of abandonment in their hands. Al Green’s “Beware” turned from a plea to a threat. And if you never thought you’d want to get naked to a song from The Wizard of Oz, just listen as the quartet turns “If I Only Had a Heart” into a slinky, steamy torch song.

The Afghan Whigs-If I Only Had A Heart

In 2001, the Afghan Whigs went their separate ways (with a two-song reunion in 2006 for their Rhino Records retrospective Unbreakable), McCollum, Curley and their Spinal Tap-esque succession of drummers moving on to other projects, but none as successfully as Dulli. He has released four albums under the aegis of the Twilight Singers, with a fifth album on the way as of this writing. Additionally, he put out a solo album in 2005, an album with Mark Lanegan as the Gutter Twins in 2008 and in 2005, played in a live-only covers band called Uptown Lights – along with numerous other production jobs and guest spots.

Greg Dulli will be embarking on his first solo tour this October and on through November, playing stripped-down versions of his songs – including Afghan Whigs and Twilight Singers titles. He’ll hit the Grog Shop in Cleveland on October 16.