Home » uncategorized » Slackday: And Ohio boys ain’t too bad, either

Slackday: And Ohio boys ain’t too bad, either 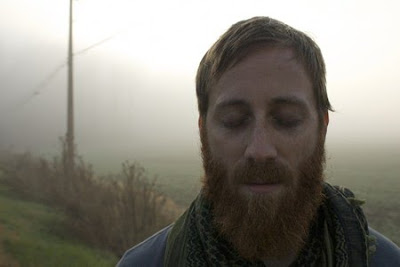 As it’s Slackday, I’ll just drop the (very thin) veneer of objective professionalism and admit it: I am currently obsessed with all things Dan Auerbach. I’ve always dug the Black Keys, but the release of the new songs from their forthcoming album have compelled me to spend quality time with their catalogue and to get into Dan Auerbach’s solo work.

I learned that my favorite song on Dan Auerbach’s album, Keep It Hid, is a cover of a song that was written by Wayne Carson Thompson – who was also the writer of the fantastic song “The Letter” that was popularized by the Box Tops, sung by a very young Alex Chilton – and popularized by a duo called Jon & Robin. I had never heard the song, so I went looking for it. I was a little apprehensive that I might be faced with the fact that Dan didn’t conjure magic and awesome from thin air. But I needn’t have worried. As with A.A. Bondy, I’m finding I can always trust Dan.

It’s cute, but after the promise of the intro, it feels limp and uninspiring.

Now, here’s what Dan did with it:
[youtube=http://www.youtube.com/watch?v=XLsANH1tFoY]

He took the promising intro of the Jon & Robin version, stretched it throughout the song and even ratcheted it up a few notches. I absolutely love that big-stomping carnival rhythm. I love the drop-out echo effect when he sings “more”. And, as always, I love the soulfulness of his vocal delivery. This is what covering a song should be all about, taking it and making it your own – keeping the bones, but practically rebuilding the rest from the ground up. Dan took something that was cute and twee and made it fun, sexy and absolutely rockin’.