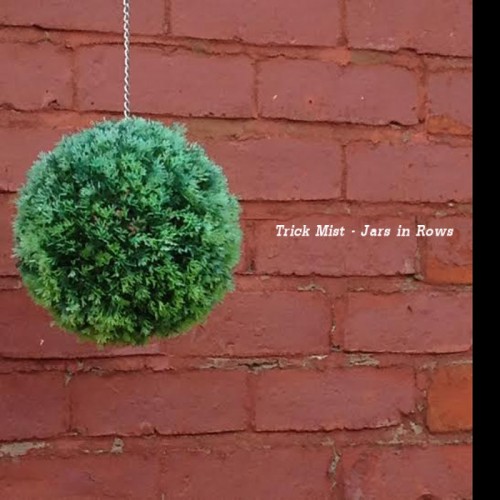 Trick Mist is Gavin Murray, Irishman residing in Manchester, England. Jars in Rows is his debut EP, and it’s an unusual but awesome fusion of electronica/experimental noise and traditional Irish sounds.

Here are some examples:

Tampering Happy, was made with a violin he found in a trashcan he found outside his apartment – in pristine condition! – which is – ok, bear with me here – a bit like a sea shanty, deconstructed and filtered through a film noir lens.

Your Brass Angel is a spare, delicate, tune, shot through with steady shimmery tones, balanced by clacks and pings and the solid basso of his voice. It’s hard to describe, other than to say I really enjoyed sitting in his tiny oddly decorated Buckyball of sound.