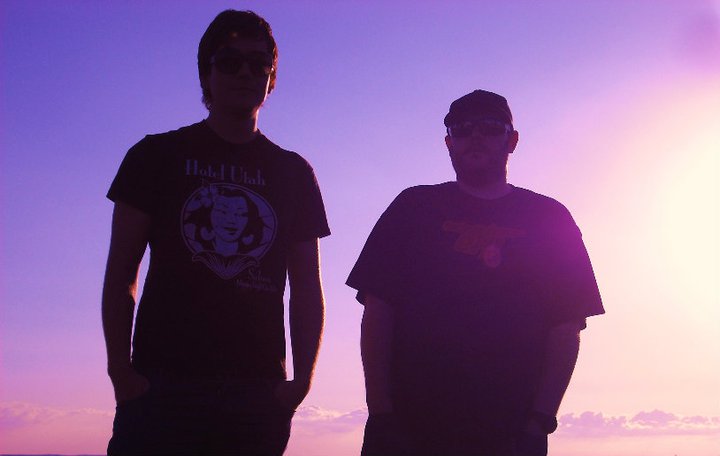 Milan Jay is John Millane (left, above) and Joseph Kenny (right) – the name of the band is a loose reverse anagram of Millane’s name – and they are from Ballinasloe, just outside Galway City, in County Galway, Ireland. Millane began making music on his own in 2008; Kenny joined him 2010, and their producer/mixer Mike O’Dowd is currently helping out with drums. Right now, in addition to working on new music, they are contemplating a SXSW bid.

I’m hoping they get to go, because I have told pretty much everyone who asked me for new music recs in the last two weeks (and several who didn’t), y’all need to listen to this. Since their discography is tiny but very rich, like a Fabergé egg, I’m just going to talk about all of it:

This record, their first, is available in its entirety as a free download from Bandcamp. It’s wholly instrumental, and “Mellow Funk” is a very appropriate title. I’ve been putting these songs on when I need some quiet, and yet also need to drown out very annoying people on the train.

This is the video for Terracotta Nights, which is the last song on the record, and will be your five minutes of Zen for today:

This is the first EP of what will eventually be three-part cycle – more on that below – and it is about half instrumental, and half not. The two tracks with singing are With The River Flow and We Believe, the latter of which is a free download at Bandcamp. Their sound continues to be pretty mellow here, though it is definitely does get deeper and more complex. I like listening to both To The Sea And Swim and Jupiter Falls just to count the instruments as they come in and then track them through the mix.

Here’s Jupiter Falls for you to listen to:

This is the second EP of the three-part cycle. I can’t really declare a favorite here, because a) there are only five songs and b) I’ve been listening to all of them kind of a lot, however, I will say if you’re dipping in and out rather than taking the plunge, pay special attention to these:

Interconnected the first track, starts almost literally with a bang. It has a big thudding beat and includes a sample from Repo Man. The video they made for it, below, is comprised entirely of what seem to be black and white home movies of regular people doing Irish step dance. Now, I (voluntarily!) took a couple of years worth of step dance lessons when I was in high school, so I can almost hear the thudding and clicking of their feet on the floor, but even without that background the way the music and the action synch is pretty amazing.

Time To Leave Computers Behind is the third song, and is a free download at Bandcamp. This is the one I put on to get myself moving either in the morning or after class, and I have a feeling it will be on every road trip / travel mix I make from now on. Here’s the video, starring the band and the beautiful Irish countryside:

And finally, there is 421 Wilson St., song number five, which is an instrumental track. It starts with a mixture of electronic and real rain – the latter was recorded by sticking the mic out the door of the studio and waiting for breaks between passing trucks – and slowly expands to include more instruments, including keyboards and guitars.

This song, also a free download from Bandcamp, is the first single off the as yet un-named third and final EP in the “The Philosophor Trilogy”, named after their label, Philosophor Records, which will be out at the end of November. (Americans: Just in time for post-Thanksgiving shopping! Buy yourself a present on Black Friday!)