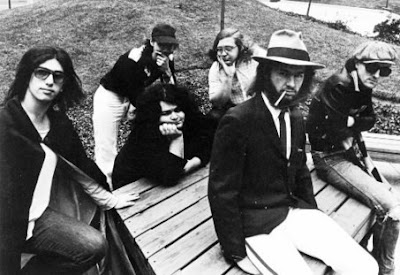 Music lineage can be a tangle, especially when it comes to punk. (The family tree of British punk band London SS would take an entire gymnasium wall to itself.) Most music lovers probably know that if you follow the trail backward from the 2006 team-up of Nine Inch Nails and Peter Murphy for “Final Solution”, you’ll light on Murphy’s 1986 version of the song for his album Should the World Fail to Fall Apart before ending up on Pere Ubu’s 1976 release. But there’s another step back, to a Cleveland band who existed for a year. If you trace back from the Dead Boys’ “Sonic Reducer”, you’ll stop on that same Cleveland band.

Having been only a year old at the time of their existence and having parents who continue to be a prime target for mainstream pop, I was unlikely to ever hear Rocket from the Tombs. In their short lifetime, beginning in 1974 and ending in 1975, RFTT never released an album, and they played only a handful of shows. Yet they ended up leaving an important mark on music.

Rocket From The Tombs 30 Seconds Over Tokyo

Rocket from the Tombs might have only existed as a name in a footnote… but then came the internet, and the knowledge of a continued and widespread interest in this proto-band propelled the release of The Day the Earth Met the… Rocket from the Tombs, 19 tracks comprised from radio and concert recordings from the band’s short life. And what an amazing racket it is. My view is skewed and insular, but it’s difficult to believe this sort of music existed in Cleveland in the early ’70s. The jagged urgency of these songs is still stunning and compelling. In fact, listened to back-to-back, the original “Sonic Reducer” makes the Dead Boys’ version sound polished and mundane in comparison.

Rocket from the Tombs reformed in 2003, bringing Television’s Richard Lloyd along, to play the Disastodrome festival, which they followed up with their own tour and the band’s first recorded album, Rocket Redux. Since then, the band has been ebbing and flowing through each other’s orbits, writing new material, then straggling off again, but they did manage to release a single, “I Sell Soul/Romeo & Juliet”, this past spring (which was, according to Ubu Projex, recorded at the Red Roof Inn in Mentor, Room 146 – so, now you know where to stay if you find yourself in Mentor for some ungodly reason). 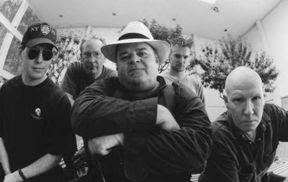