Home » feature » The Due Diligence: Cigarettes and Cynicism Will Only Get You So Very Far

The Due Diligence: Cigarettes and Cynicism Will Only Get You So Very Far 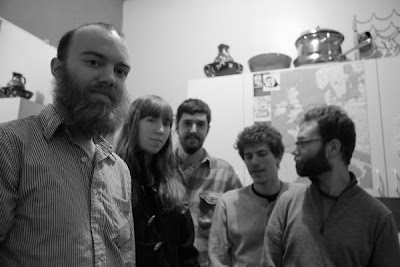 Isaac Gillespie may be an evil mastermind. He looks sweet and unassuming, but I think it’s just a clever guise. You see, I listened to the title track from his forthcoming album with the Due Diligence, I Will Wreck Your Life, for the first time on Friday. By Saturday afternoon, I was walking around my apartment, singing the chorus… over and over again. I try to avoid direct comparisons between bands and songs, but “I Will Wreck Your Life” compares favorably to the Felice Brothers’ instant classic “Frankie’s Gun!” in that it is a shambling good time that makes you want to sing along, loudly, about terrible things.

Also featuring players Alex P, Jo Schornikow, Morgan Heringer, Ben Sadock, Colin Fahrner, IWWYL runs the course from twangy (“Antifolk Song”) to slinky (“Uncle Stephen”) and is a delight all-around with lyrics that can be simultaneously sweet and cynical. Here’s the catch: To give this album a physical release, Due Diligence need some help. They have a Kickstarter program to raise money for a vinyl pressing of IWWYL that is now in its final days. They have a modest amount to go to reach their goal (Kickstarter is an all or nothing prospect), and Gillespie has some clever rewards for backers, especially in the higher dollar amounts (if I didn’t need a Kickstarter for my own life, I’d be aiming at the $300 level so I could hear Gillespie cover the Afghan Whigs’ Black Love), and you could be the one to make it all happen.

I Will Wreck Your Life Kickstarter

I Will Wreck Your Life Bandcamp

Tagged  link, song embed, The Due Diligence.
Bookmark the permalink.
Logging In...