Home » feature » Skip James: Never get down this low no more

Skip James: Never get down this low no more 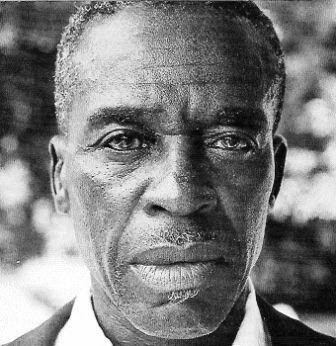 It was not Nehemiah Curtis James’, a.k.a. Skip, music that first sparked my fascination with the blues musician from Bentonia, Mississippi. I was skimming through a book I had just brought home from the library, a coffee table companion to the PBS American Roots Music series, when a full-page portrait stopped my hand. The man’s stare was hard, direct, uncompromising. It was a face that revealed no secrets but hinted at stories untold. I was transfixed.

At the time, my familiarity with James was relegated to other people’s interpretations of his songs, namely Chris Thomas King’s recording of “Devil Got My Woman” for the film O Brother, Where Art Though? and the Gutter Twins’ cover of “Hard Time Killing Floor Blues”. That was going to change right quick.

Born in 1902 on a plantation in the Jim Crow South, Skip James’ overall story is not much different from many of the other blues musicians and “songsters” of his time and place. From early on, he wavered between music, bootlegging and the church. In 1931, he auditioned for local record dealer and de facto talent scout H.C. Spier, who sent James to Wisconsin to record for Paramount Records. James recorded 18 sides for Paramount, a label that was in the midst of collapsing. The recordings were not the hits he expected, and James abandoned his career as a blues musician (though he continued to play in church and for recreation).

In 1964, a small group of blues record collectors initiated a blues “revival” when they sought out the musicians who created the 78s they had obsessively collected. The young, white men searched the South and brought back the likes of Son House, Bukka White, Mississippi John Hurt and James and took the musicians – some who would be playing the blues for the first time in years – to Rhode Island to perform at the Newport Folk Festival. While the blues musicians would continue to play Newport for a few more years, the revival was no great success for them and many found the opportunities for paying gigs dwindling rapidly. Barely able to pay his rent, James died of inoperable cancer in 1969, his hospital and funeral expenses covered by royalties from Cream’s cover of James’ “I’m So Glad”.

Inexplicably preoccupied with the arresting photo of Skip James, I sought out his music and found myself stopped in my tracks once again, this time by the first song James ever recorded – and what I feel may be the greatest blues song – “Devil Got My Woman”. “I decided,” James said of his music, “I’d try to play something just as lonesome as I could. To try to take an effect.”* James proves to be a master of taking an effect. I have listened to “Devil Got My Woman” numerous times now, and each time, it leaves me with a hollowed heart and a great, pathetic sigh rising up in my chest. James’ high, bereft vocals hang over his sparsely-picked guitar. James eschewed chords, and his finger-picking allows all the space this song needs to spread out and encompass emptiness.

Devil Got My Woman by Skip James

While arguably his best, “Devil” is not James’ only song to telegraph unmitigated sorrow. The feeling also permeates songs like “Hard Time Killing Floor Blues” and “Cypress Grove Blues”. Even “I’m So Glad”, a song which would appear upbeat on paper with its title and its bluegrass-speed finger-picking, comes across as a statement of irony. And while even James’ lighter fare is great (check out his piano tunes like “22-20 Blues” and “How Long Buck”) it is this skill to give listeners the blues that, for me, puts Skip James above the rest.

*from I’d Rather Be the Devil: Skip James and the Blues by Stephen Calt.