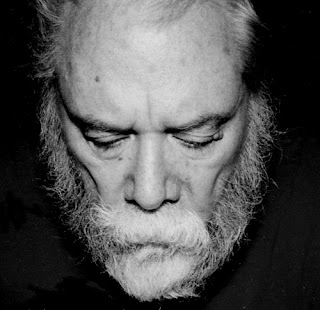 John Fahey was an exceptional finger-picking guitarist who was born in Washington, D.C., in February of 1939 and died in Salem, Oregon, in February of 2001 after a sextuple heart bypass operation. In between, he heard Bill Monroe’s cover of Jimmie Rodgers’ “Blue Yodel No. 7”, bought his first guitar from a Sears-Roebuck catalogue, released his own albums (sometimes secretly slipping them in amongst the stock at record stores and thrift shops), graduated college with degrees in philosophy and religion, created the legend of Blind Joe Death, earned a Master’s degree in folklore, brought bluesmen Bukka White and Skip James back into the public eye, drew on influences from the blues to classical to Gregorian chants, did a hell of a lot of finger-picking and influenced a number of artists, who in turn have been influential themselves – like Sonic Youth, down the line.

Sadly, not dissimilar to so many of the stories of the blues greats who influenced him, Fahey died poor after years of miserable health. But, also similar to those blues greats, his influence keeps reaching forward and lacing its way through music today.